The Secret Life of Walter Mitty: A Daydreamer's Dream

Well I somehow made it to the press screening and worldwide premiere (!) of The Secret Life of Walter Mitty despite missing my 6:05 a.m. bus, making my boyfriend drive me 40 minutes to Hamilton, taking the train in, cabbing my way up to the Lincoln Film Center, lugging an overstuffed backpack and a canvas bag holding a laptop and copious amounts of writing materials, and waiting in line for two hours for a good seat.

Yes, we rather got off to a bumpy start.

BUT! Despite this somewhat hectic morning and having only gotten 4 and a half hours of sleep, I'm happy to report that nothing could keep me from staying awake and totally captivated throughout this movie. (The free Diet Coke also helped.) Also got to enjoy a press conference after the movie with some of the cast, including Ben Stiller, Kristen Wiig, Steve Conrad (the writer, also responsible for movies such as The Weather Man and The Pursuit of Happyness). 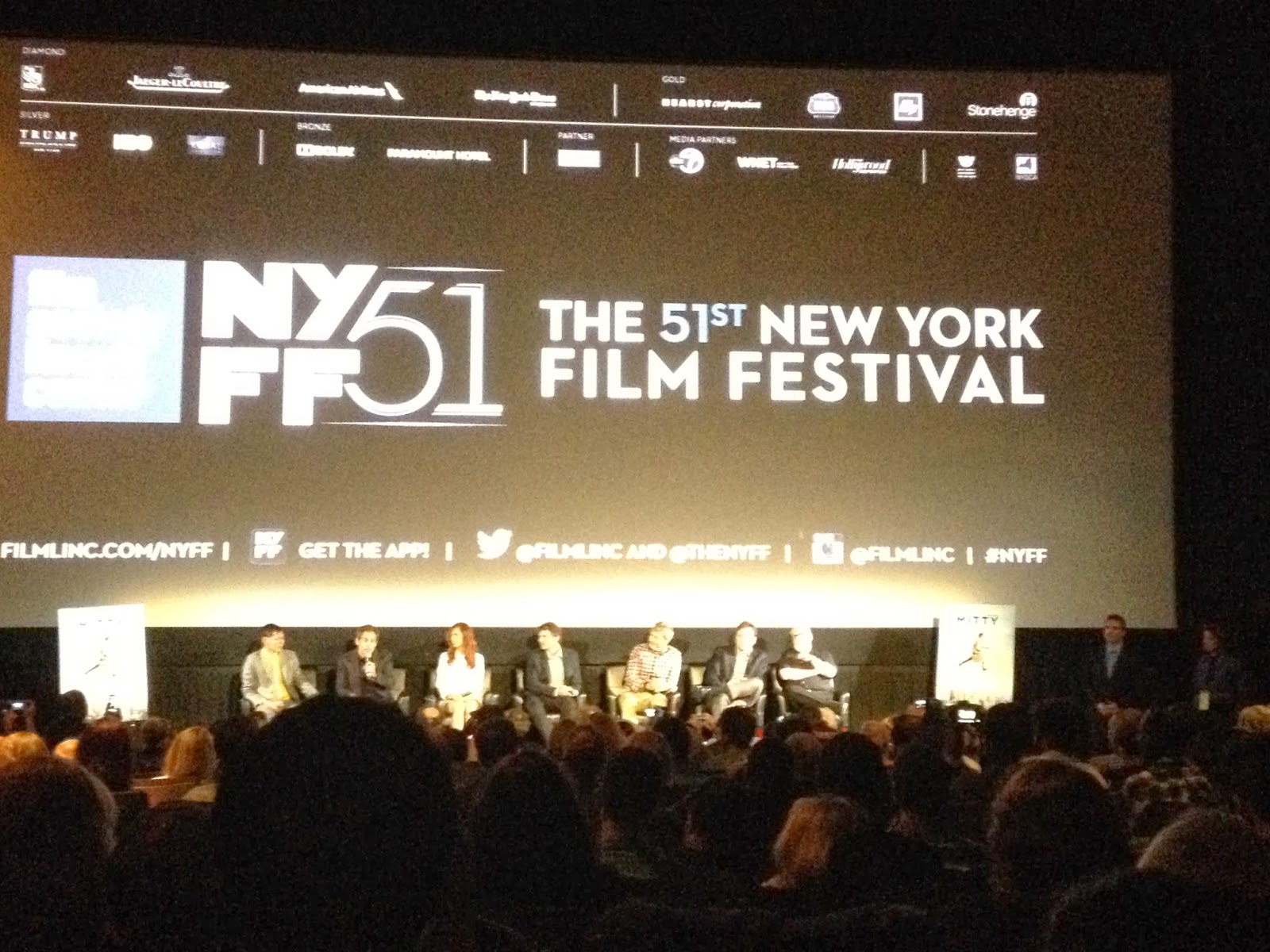 (Also at one point they were all ten feet away from me as they
were waiting to be announced!)

So the plot of the movie revolves around Walter Mitty, an ordinary guy that sometimes lets his imagination run away with him. Desperately failing to connect to those around him, he retreats to his imagination looking for a more exciting way in which various situations could play out. When the story begins, he is working for Time Magazine (with borrowed logo from the actual company), who is making the transition from print to online (sadly mirroring the actual company's real-life decision in 2009). But on the day he receives news of this looming transition, he also receives a gift from amazing mythical photographer Sean O'Connell (Sean Penn), who gifts him with a last roll of film and a hand-picked image for Time's last cover.

The only problem is, Walter can't find it.

The story then blossoms into Walter Mitty breaking out of the office and the city that he's rarely left in an adventure to find the lost negative. Along the way, he gets help from office colleague Cheryl, reconnects with his family and his past, and finally gets to do the exciting things he's always dreamed about. 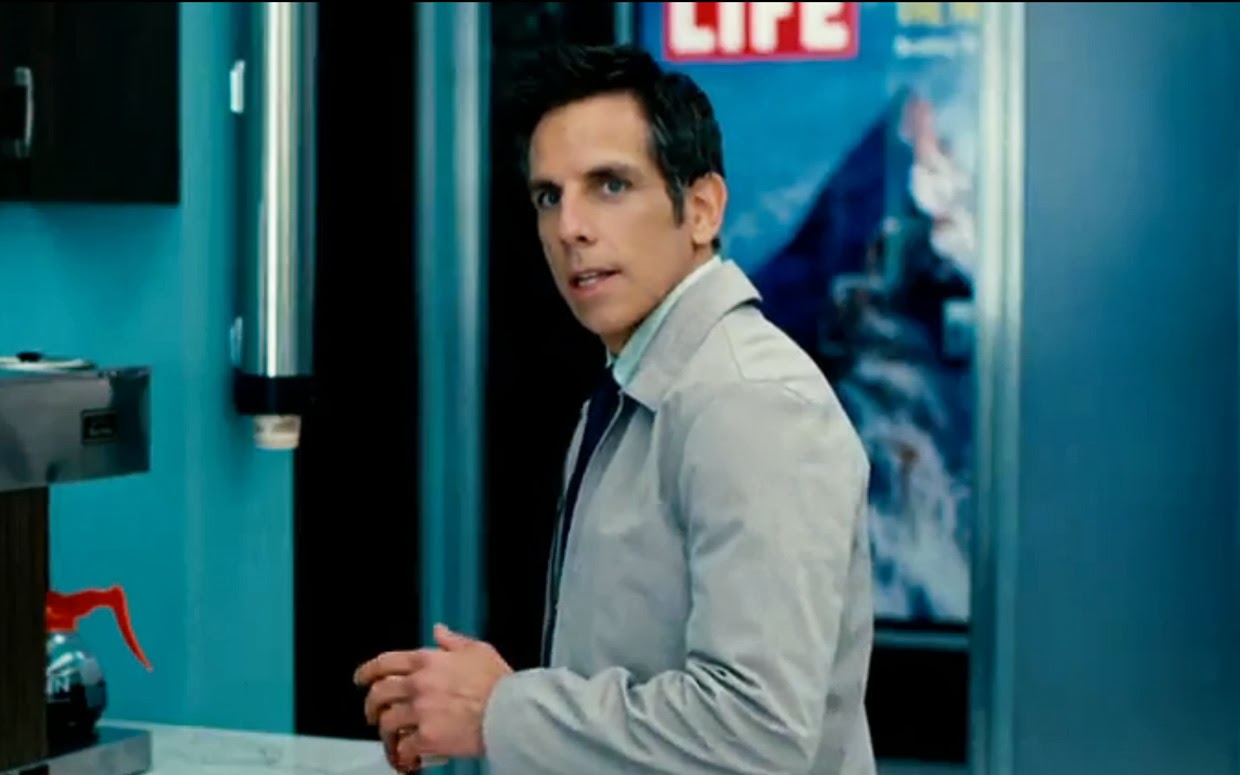 I was SO EXCITED to have the opportunity to see this movie. An avid fan of the original story upon which the movie is based, "The Secret Life of Walter Mitty" by James Thurber, and also the 1950s movie starring Danny Kaye, I was interested to see what direction it would take. (Additionally, the trailer showcases the one most beautiful sequences in the film, which just makes you want to quit real life and travel the world.) 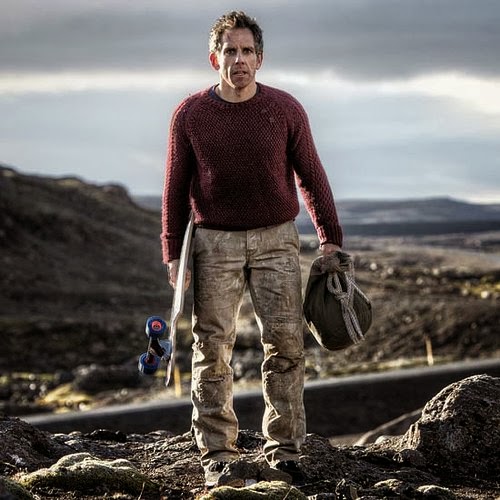 I mean come on, who doesn't want to longboard in Greenland?

The first half of the movie fully delivered what I wanted to get from it. We get to see all of the impossibly amazing things that Mitty gets to do in his mind, which so sharply contrast his humdrum existence, that they're simultaneously captivating and hilarious. With short mind-wanderings into things like a Matrix-esque fight with his boss, to jumping into a third-floor apartment building that's on fire, to (my personal favorite) a scene in which he imagines he and Cheryl growing old together despite him having "Benjamin Button Disease" (hilarious). These scenes really keep the movie funny, and carry a tongue in cheek look at, really, what a lot of blockbuster movies look like. 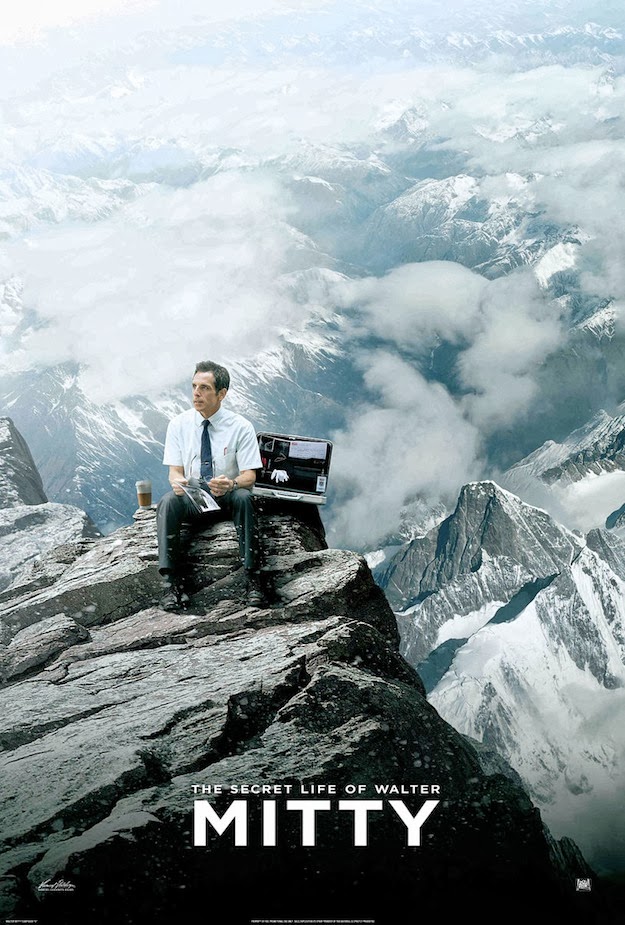 But this is not your grandfather's Walter Mitty. Unlike Danny Kaye's hilarious romp from the 50s, this movie really has Mitty searching for his own identity, and reaching out for a part of his personality that he's kept muffled for decades. As my BFF Ben Stiller said (yes, I can say that now), they really wanted to step away from Danny Kaye's version of the character, and embrace a Mitty whose vivid imagination was more a yearning for things that he wanted to do and less of a retreat from the real world.

The only problem I have with this new take, however, is that it takes away from what makes the material so entertaining. By adding depth to the character of Walter Mitty, you give him purpose yes, but you subtract some of the entertainment value, which is a shame because that's where Stiller and Wiig both really shine. In fact, their interactions in his fantasies were what really stood out to me and gave them believable chemistry. In general, the best parts of this movie were the imagination scenes in the beginning, but about halfway through they're kind of done with that and begin putting Mitty in real-life adventure situations. Which is cool, but then the movie ends with his character being so different that it creates a bit of a disconnect from the original story. 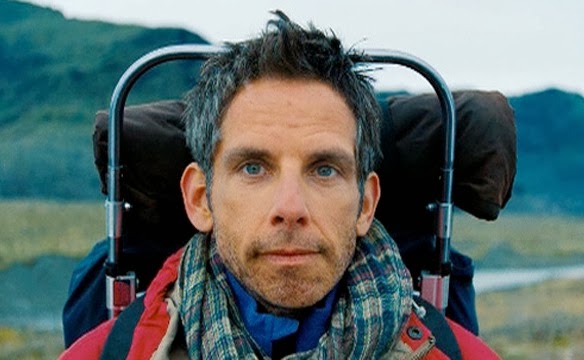 I did love the cinematography and the soundtrack, though. There are a lot of folksy indie bands on there that give you some really inspirational tunes. Additionally, the locations where they chose to shoot were absolutely breathtaking. Scenes shot in Greenland and Iceland are especially stunning. When asked why they chose these two locations (because they seem a bit...less traveled), Stiller remarked that they wanted the landscape to seem like something people had never really seen before. Which is a good point because who goes to Greenland? 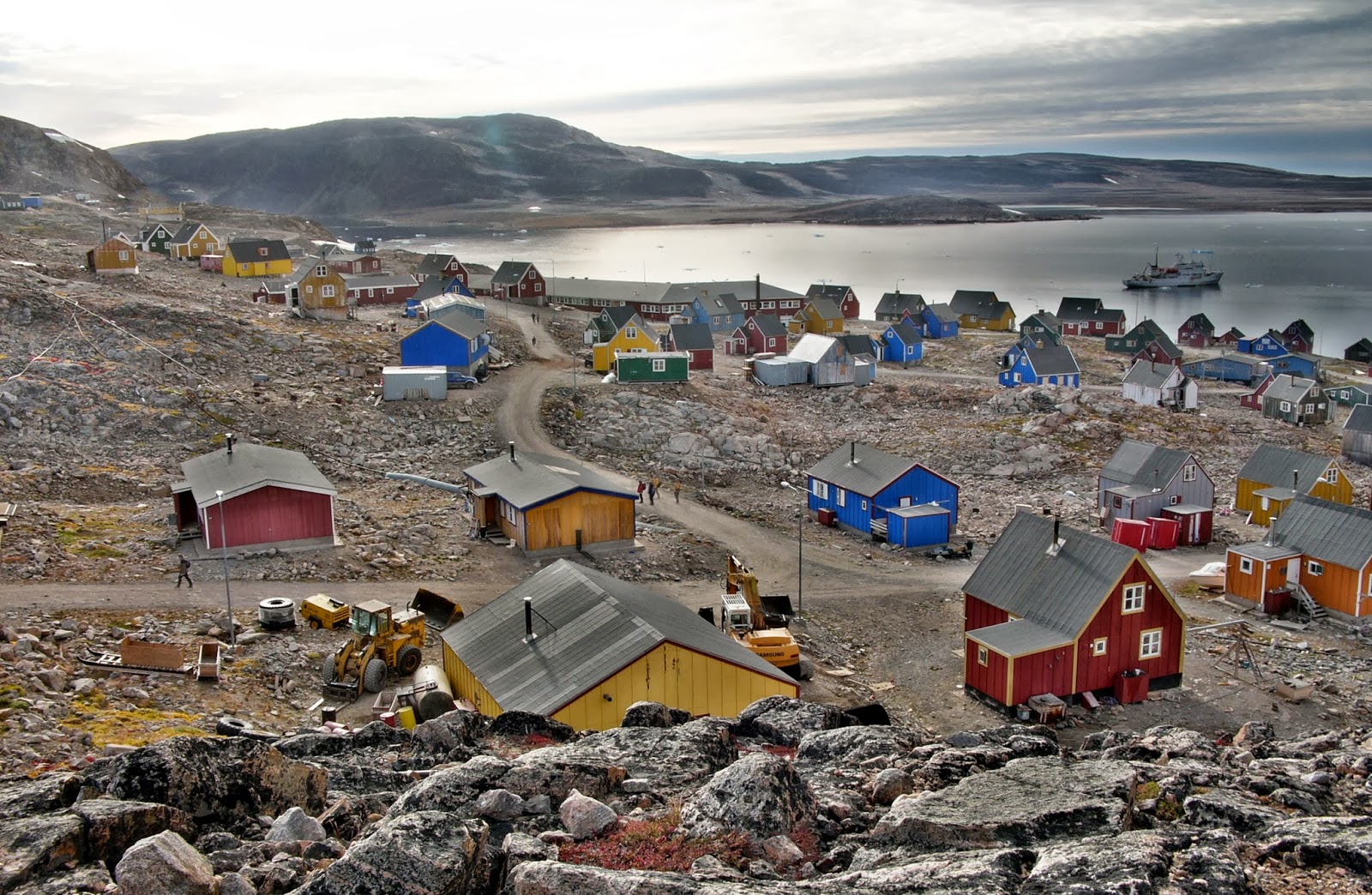 Kind of takes "small town" to a new level, no?

7.5 outa 10. I very much enjoyed it but I'm a little disappointed we couldn't see more of Mitty's imagination.

Comes out on Christmas!


And just for good measure (clearly we have two completely different movies here...)