Le Week-End: Or Is It Just The End?

When older married couple Nick (Jim Broadbent) and Meg (Lindsay Duncan) go on a trip to Paris for the weekend, they do so intending to try and save (or maybe end) their 30-years-long marriage.  Meg sees Nick as a needy man that is overly dependent on her, and Nick seems terrified of Meg, who seems nearly bipolar at most times. As each scene unfolds, it becomes increasingly difficult to figure out whether they will stay together or decide to split up. But hey, at least they're in Paris

Relationships can be so messy. Meg seems tired of her marriage to Nick, but she still loves him and 30 years of marriage gives them a bond that can't be broken without at least trying to fix it. When we first meet her, she comes off as a bit of an ice queen. Unsatisfied with the hotel that her husband has picked, she leads them to a ritzy looking one far about their budget and wastes a big chunk of their money taking a tour of the city from a random cab driver. Throughout the movie, she goes back and forth between moments where she's almost coy with him and moments where she's horrible to him, testing how much he'll take. She also seems as though she's trying to grasp a vitality that she's lost, but in trying to regain it, she thinks she has to separate herself from Nick. 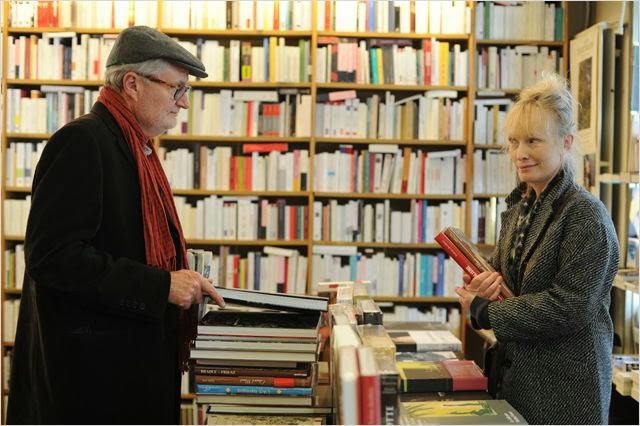 During a sweet moment where she offers to buy his books

And poor Nick. So in love with his wife, he seems terrified of her ever-changing moods. When she voices unhappiness, he just seems like he's in despair but has no idea how to fix it. Nick seems, in a word, lost. His whole life seems to be unraveling and he doesn't know what to do about it. 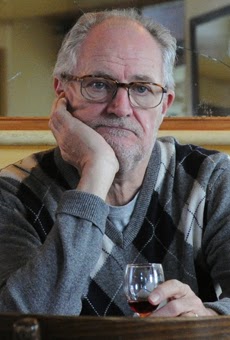 This film was cool in showing the contrasting emotions between the two of them. At times they seem like teenagers in love, throwing themselves at each other and goofing off like old pals. And other times their animosity towards each other is frightening, like they're out for blood. This dichotomy in their relationship keeps the movie interesting, as they try to figure out what it is they truly want to do about their marriage. And really you have no clue how it's going to end until most of the movie is over with.

Supporting actor Jeff Goldblum makes a fine and absurd addition to the conflict in this, providing levity at moments where it is desperately needed. 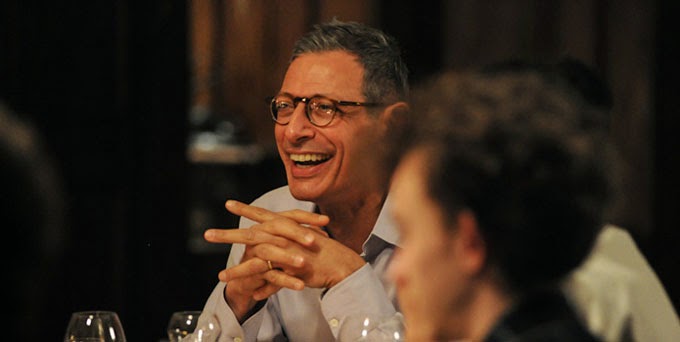 Interesting perspective on the way relationships grow and deteriorate with age, especially in relation to Baby Boomers. The movie makes a very purposeful nod to people educated during that time, and questions whether their lives have lived up to the lofty expectations they had when they were young.

7 outa 10. It really pulls through with a strong, solid ending that I loved.