We Have a Winner!

Congratulations to Sophia Moriarty! Winner of the gift card! Huzzah! Thanks for playing, everyone :)
Posted by annie_J at 7:24 AM No comments:

So thanks, everyone, because we've hit an exciting landmark today: since I began my blogging adventure in 2011ish (okay, really 2010, but that was kind of half-assed), you all have stumbled onto/intentionally clicked on/tried to avoid but caved on checking out...dis blog rightchere... 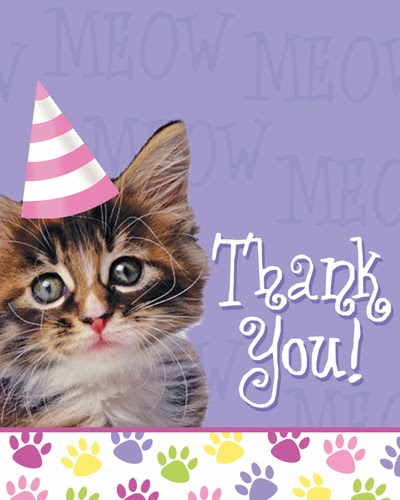 And I got you this card.
Which you can't open cuz it's actually a picture...

To give you a good and proper "thank you" reward, we're going to do the giveaway thing again! Yay!

Much like last time, I will be giving away a $25 Fandango gift card, and this time I'm going to give everyone a week to enter to win the giveaway. All that you have to do to enter is answer the quiz about which film you want to win the Best Picture Oscar this year. (If there is another bullshit Argo win like last year, I swear to God...although this year's list looks pretty well rounded and better than last year's.)

NOTE: Please don't shy away from entering simply because you know me. Last time I did a giveaway a handful of people were like: 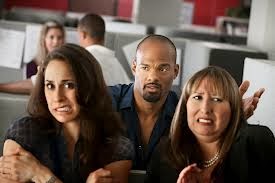 "But we know you though...isn't that weird?"

And to you I say:

Ya dont want a free movie gift card, that's fine. But you're stupid.

To enter this much-hyped giveaway, go through the thing below. Godspeed, may the force be with you, and the odds be ever in your favor.

The LEGO Movie: A Chuckle-Fest

Ah, the second movie I've seen in a month...and it's another kids' movie.

Don't you judge me.

That being said, The LEGO Movie was exactly what I was hoping it would be: a tongue-in-cheek comedy for both kids and adults. The entire time I was watching it, I kept thinking about how much it reminded me of another recent kids' movie that is near and dear to my heart: Cloudy With a Chance of Meatballs. Star-studded voice talents, ridiculous humor, kid-mindedness, and so many giggles - I loved it! 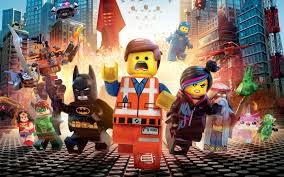 The movie starts out with Lord Business (voiced by Will Ferrell) stealing the all-powerful weapon known as "The Kraggle" and a prophecy made by Vitruvius (voiced by Morgan Freeman) that there will be a man who can stop the Kraggle with the "piece of resistance" who will be the most special, most interesting, and most powerful Master Builder of all. Cut to LEGO Land, where our man, Emmett Brickowoski (voiced by Chris Pratt) follows daily instructions on what to do, how to stay happy, and basically who to be -- until he stumbles upon the "piece of resistance." He then finds himself implicated in a race to stop Lord/President Business from using the Kraggle (you're going to die when you find out what it actually is) to freeze the entire city. 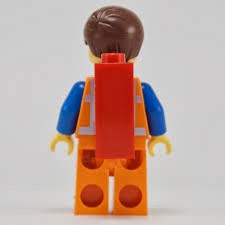 Behold. The piece of resistance.

I really liked this movie. And it's not just my affinity for stop-motion movies (although, to be honest, that helped - yay stop-motion movies!). It's got a clever and interesting plot, a great commentary on the importance of being different, and a metric TON of familiar Lego figures, including (but not limited to) Batman, Superman, Dumbledore, Gandalf (who have a hilarious bit, I might add..), Random 80s Space Guy, Abraham Lincoln, C-3PO, Shakespeare, and a lot of others. Between pop culture references, goofs, and renamed objects that have entered their world ("Bring me the po-leesh ray-move-air of nai-eel!") this movie is solid gold. 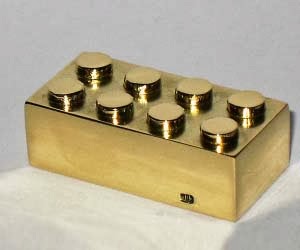 *Disclaimer: this movie is not actually made of solid gold.

The fact that it is entirely made up of actual Legos cannot be overlooked either. (Can't imagine how much time pre-production took...) Additionally, the plot point about "Master Builders," who can imagine up different things to make totally on the spot, vs. those like Emmett who just follow the instructions, is a great commentary on how kids actually play with Legos, and ends up basically qualifying both methods.

Totally ridiculous, yet well put together, I would highly recommend The LEGO Movie. Full-on chuckle-fest. I don't think there was a span of more than 5 minutes that I wasn't laughing the whole thing through.

I am ashamed to be adding a link here instead of imbedding the actual video, but Warner Brothers is stupid and won't allow embedding. Dumb Warner Brothers.