The Invisible Woman: No, This Is Not a Superhero Movie

Last night, preceding this film, there was a tribute for Ralph Fiennes (Rafe Fines) as both an actor and as a director. After learning some about his various projects, it was interesting to watch The Invisible Woman with the things he said in perspective. He seems like a very organic actor, who really throws himself into his characters.

(audio from the interview pending)

Following the tribute and interview, we got to see a brand new screening of his movie The Invisible Woman. The film follows Ellen "Nelly" Ternan (Felicity Jones), a married woman who once has a 13-year-long hidden romance with Charles Dickens (Ralph Fiennes). Meeting Dickens as a young actress, she is immediately taken with him, and is already a huge fan of his writing. Dickens seems immediately attracted to her and pursues her after hearing how much she understands of his writing, despite his already being married. The story then focuses in on the politics of having an affair in the mid-1800s and the consequences that this relationship with Dickens has on the rest of Nelly's life. 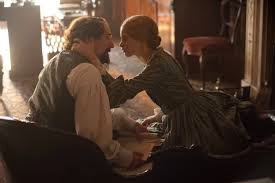 I'm a little on the fence about this movie. Sometimes hearing the actors' perspective on the work can make it harder to look at it objectively, and in the case of such a great actor as Fiennes, it was really difficult. The tricky thing about this movie doesn't seem to be in the acting but in the script. Both Fiennes and Jones do a fantastic job of being their respective roles, but the problem seems to be in capturing the essence of what their relationship is. While in the beginning of the movie their flirtations are tangible and interesting, as they begin their actual affair, they seem to cool off and get caught up in the ethics of what it is (as will happen, I'm sure). Dickens seems to be so taken by her that his actions towards the public seem a little brash sometimes, but Nelly doesn't seem to approach him with the same love that he shows for her. In fact, whether its her morals with the situation or something else, she seems reluctant to begin the affair at all and only ends up doing so after her mother voices concern that she's not a good enough actress to support herself on the stage. 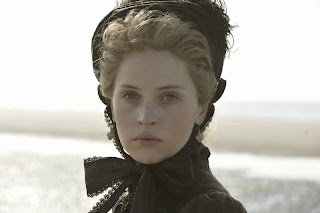 Welp, when you can't act, guess the only
option is to enter an affair

Fiennes as Dickens is impossible not to like, and I hope this speaks with accuracy to the man that Dickens really was (certainly more jovial than I ever imagined him). Nelly herself seems well portrayed, a young girl with stars in her eyes and a deep understanding of the humanity that is in Dickens's writing. But as the story moves on, nelly seems to morph from the girl that idolizes Dickens into a woman that has an affair on her hands that she never wanted. There's such a disconnect with his passionate character to this more rigid Nelly that their chemistry seems to suffer as the story goes on. Maybe they were trying to more accurately portray an affair that would happen in this time period, but as a whole the relationship doesn't quite make sense. 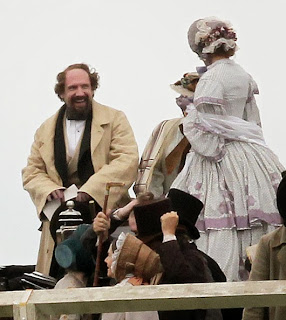 Additionally, the movie claims to be all about Nelly, but the dutiful mistress that she is during some of the flashbacks seems a far cry from the dreamy young girl she was before and the heartbroken married woman that she becomes. Her heartbreak seems to suggest a could-have-been-soulmates sort of love affair, but the meat of the film seems to offer the contrary. You only really even see them kiss twice. Which could be suggesting the intent of the romance to start off as "proper," but becomes a bit boring.

While the movie as a whole is absolutely gorgeous with beautiful sets and camerawork, and the acting is great, the script just didn't quite carry this one through.