Insidious Chapter 2: Because Apparently the First One was Chapter 1

In preparation for the newest Insidious movie, Nick and I turned on the first one as a refresher before our 10:40 screening of the sequel. Now, the first time I saw Insidious, I had been warned that it was some really freakin' scary stuff. And I got really scared. And it may have colored the movie for me. Maybe a little bit. But the thing that I like about this franchise (as, let's be honest, it will probably become after breaking the box office this weekend) is the element of the unknown. That being said, I think that the newest one is a little more conventionally scary than the last one was. But we'll get to that later.

YE BE WARNED: SINCE THIS MOVIE IS ENTIRELY BUILT ON THE FIRST INSTALLMENT, THERE WILL BE INSIDIOUS SPOILERS ALL OVER THIS THING. IT HAS BEEN SAID.

The second film starts off right where the first one left off. That is, right after Elyse has been murdered. They even give you a convenient little recap of all of the events that happen in the last scene of the first one. So you see, once again, the wife looking, horrified, at the camera and finding Elyse dead. But after being questioned by the police, things seem to go pretty much back to normal for the family. For, like, a day. After both Renai and Lorraine start seeing entities in the house again, questions start to arise about Josh's personality. Is he being dismissive because he wants to move on? Or is there something in him that has a more INSIDIOUS agenda? (See what I did there?) After her suspicions are enforced by her worried son, Dalton, who can also sense that something is wrong with his father, they join forces with Lorraine, Elyse's team from the original film, and a new character named  to get to the bottom of what is haunting Josh and, more importantly, how they can stop it. 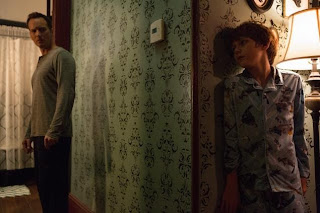 You ain't my daddy!

This movie was pretty scary. I was afraid to open doors when I got home because of all the freakin' jumps and random spirits that keep popping up everywhere. The cool thing about Insidious 2, is that you're already a little primed for the action that you're going to get because of the first movie. But don't get me wrong, there are a lot of twists and turns in this one that the original doesn't have. For instance, instead of "it's not your house that's haunted, it's your son," as the big shocker, there are a dozen little things that are going on in this one that almost make it seem more "thriller" than the first film felt. While there is undeniably something wrong with Josh, it takes almost the entire film to sort out the fine details and try to solve the problem. 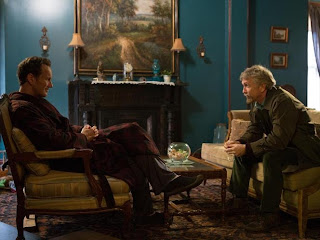 "Are you really Josh? You can tell me. I promise I won't say anything."

Insidious 2 was, on the whole, pretty good. The only complaint that I would have is the ghosts. With the slight genre change, there also seems to be a different way that these ghosts interact with the living than in the first one. While we see agression and yelling from the creepy things in the first movie, the ghosts in this second installment seem to be a bit more articulate, and with more meaningful plot lines. I can't decide whether this helps or hurts the movie. It's almost more terrifying to have to deal with spirits that can't remember how to reason than with ones that are mercilessly messing with you on purpose. At the same time, it makes the mystery all that much more personal once they finally figure it out. 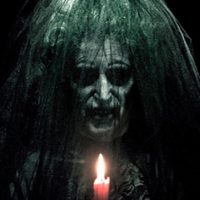 PS it has to do something with this person.

Bottom line: the way the plot unfolds is an improvement over the first one, but the main haunters in this movie are not as scary as the ones in the original.


DON'T FORGET TO ENTER FOR THE $25 FANDANGO GIFT CARD, GIVEAWAY ENTRY IN THE LAST POST!