Running behind a little this week, guys. But last week I had the privelege of getting a sneak peek of Lake Bell's new movie, In a World..., which she wrote, directed, and starred in herself. Also (if my Twitter strategy is working) y'all should know that she also made a personal appearance with a Q & A after the film as well. 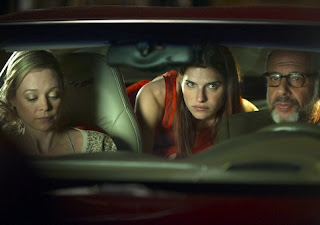 This is how she got to the theater...it's not a shot from the movie..probably...

So the plot of the movie surrounds Carol, a voice coach with a less-than-impressive resume and the daughter of the go-to guy in movie trailer voiceovers. After she gets kicked out of her father's house, she gets the opportunity to promote her own voiceover work and takes off--totally unexpectedly. When the opportunity comes up to voice over the high-profile trilogy of a popular book series (much like The Hunger Games), both Carol and her father chomp at the bit to prove to themselves (and each other) that they are relevant to the extremely competitive industry. Running along side this main plot line are three love stories: Carol's sister hits a snag in her marriage; the ethics of her father dating a woman her own age; and her escapades with two men in the industry. 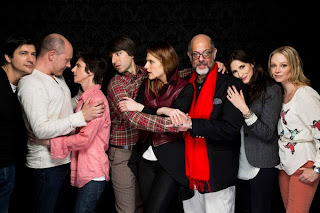 So the cool thing about this movie is its subject matter. It doesn't get much more obscure than the land of voiceover. It's only briefly touched on in The Holiday and I really can't think of any other movie where I've even heard it mentioned. When I asked Lake Bell during the Q & A after the movie as to why she picked this as the main subject matter, she basically said that it was just that that has inspired her. Being someone who had briefly tried her hand at the voiceover gig, she knew how competitive the industry was. Not only that but she was inspired because she had never heard a voiceover done by a woman. With the neo-feminism that's taking the nation by storm right now (more into seizing femininity than burning bras), I thought that it was a really cool idea. They even tie in a feminist message at the end, telling girls to take themselves seriously and not to neglect something as impressionable as their voices. In a world (see what I did there?) where girls talk like Kim Kardashian (Omg, kill me. She reminds me of a drunk squirrel), she puts a spotlight on the importance of intelligent speech. A big fat THANK YOU, LAKE BELL from all of my fellow grammar nazis out there. 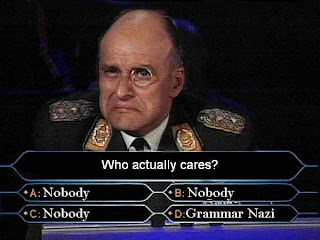 The only things I wasn't crazy about in this movie were the sort of understated humor. While it's subtle and cute and funny, it becomes borderline unexciting. There are chuckles, sure, and plenty of awkward moments with Carol. But it got me wondering at a few points whether this movie was going to take a turn for the worse. Maybe that was its intention? Additionally, the side stories are a little distracting. When Carol's sister's marriage takes a dramatic turn, they create a huge problem and then fix it. Same with the marriage between her father and his thirty-year-old girlfriend. She has a really sweet scene at the end and yet it goes unacknowledged by the two sisters. 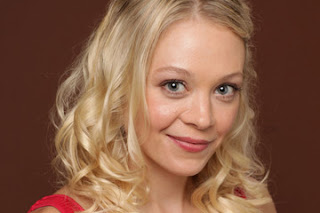 I noticed it, girl. I noticed.

It was not bad, it was a pleasure speaking with Lake Bell herself, and I'm anxious to see what other kinds of things she comes up with. However, I would probably put this movie on while doing something else. Like playing Candy Crush. It has a lot of "OOOHHH!!" moments, but in the way that a gossipy magazine does.