For a Good Time, Call: Phone Sex and Friendship

Welcome. Bet you found yourself reading this post because of the title.

I saw the trailer for For a Good Time, Call and thought it looked kind of fun a while ago, so when I saw it on HBO tonight (yes, I'm fancy), I was pleasantly surprised. Now, even though the movie's two main characters start a phone sex line, it's not really all about the phone sex. Let's get into the dirty (not really) details. 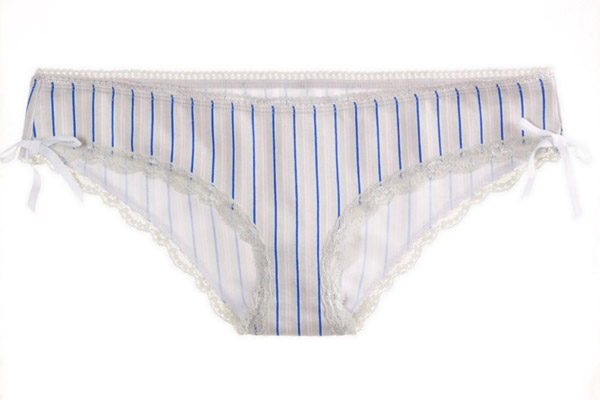 
Katie and Lauren (most common names ever) meet during an unfortunate scenario in college. Katie is hammered and Lauren is not (who hasn't had one of those situations before?) and gross things happen involving pee. Potential for friendship has been shut down. Fast forward ten years later and Lauren, whose boyfriend has just dumped her, is looking for an apartment. One thing leads to another and she ends up having to live with Katie. Despite a rocky beginning, Lauren and Katie's friendship starts to grow (strangely enough) after Lauren discovers Katie's phone sex business. Lauren, having difficulty finding a job, uses her organizational skills to help Katie grow the business and pretty soon their friendship becomes as profitable as their phone sex line.

Which apparently ends up making $12,000 in two months
Career change anyone?

This movie was raunchy for sure, but it ended up being a hilarious look at modern friendships between girls. It's set up as a love story, but the love story is about female friendship. Even though (spoiler alert!) Katie ends up getting a boyfriend and Lauren learns to be independent by the end of the movie, their friendship almost gets treated like it would in a romance movie. They finish each others' sentences, they share secrets, they parade around naked, they worry about each other, they fight, and they make up. Kind of shows you that even though romantic love is intimate, sometimes nothing can be as personal as a friendship between two girls. We tell each other everything and we understand our own. Even though there have been a lot of chick flicks in the past that have touched on this, I thought that For a Good Time, Call was surprisingly the most accurate I've seen in a while. I like that movies are turning away from the sappy "WE'LL ALWAYS BE SISTERS *cries silently*" kind of girl love that we've seen before and have turned it into a more realistic and less eyeroll-worthy kind of romp. 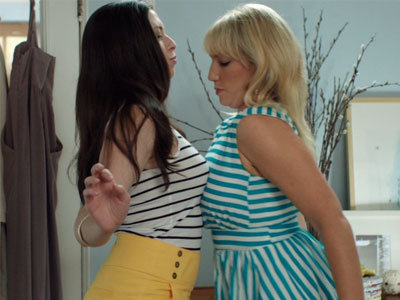 
Highlights of the movie:
-When they reenact the choreography from Dirty Dancing
-Katie's huge confession to Lauren
-Justin Long as the gay(?) friend
-Cameos from actors like Seth Rogan, Kevin Smith, and Ken Marino as the clients
-The "I love you" scene
-What Lauren gives Katie before she sets out to meet one of their clients in the flesh
-The pink phones. I want one. 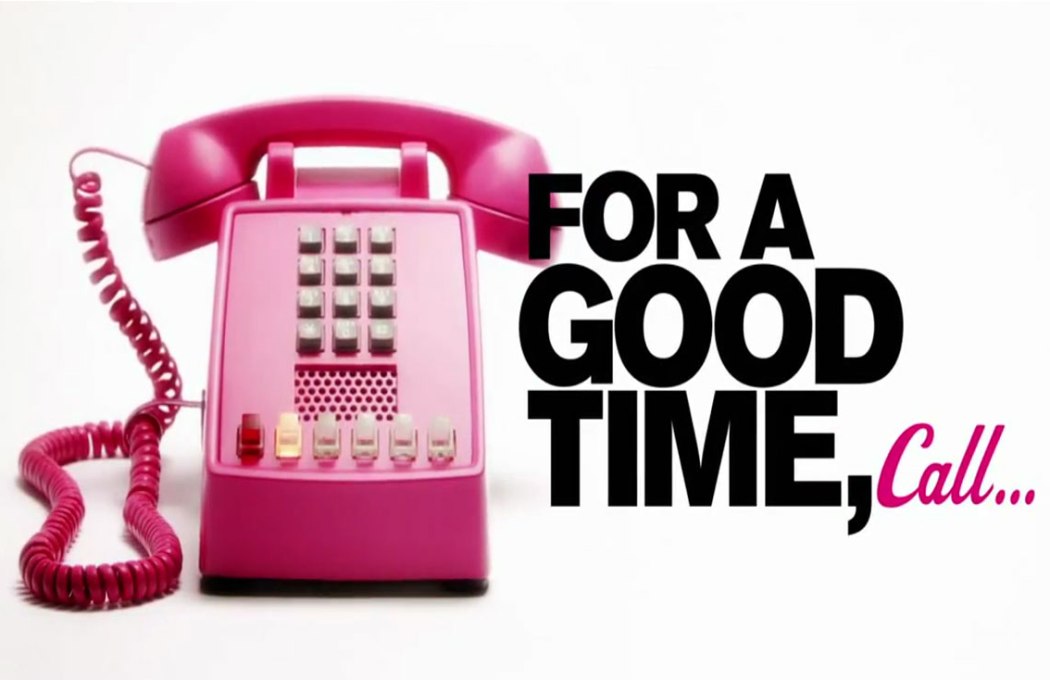 
Lessons in career decisions, making the best out of life's lemons, trying things that are out of your comfort zone, and being a good friend.

7 out of 10, surprisingly. Light comedy with a raunchy finish, but sweet and actually pretty funny.