Play Misty for Me: Hope You Like the Sound of Mouth Breathing

I'M ALIVE! And I'm still watching things, I swear. I'm just not having my usual energy levels because I got a new job (cue the "Hallelujiah Chorus").

Anyway, since I'm trying to get back on my Netflix DVD game and I've been catching up on some old flicks that I had heard about a trillion times, I decided to watch Play Misty for Me, one of Clint Eastwood's first movies (bless). 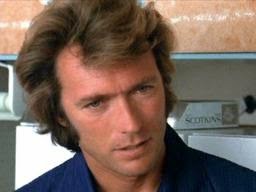 The plot follows suave radio DJ (like there is such a thing) David, a guy who lives near Carmel in what I can only assume is California. After meeting a nice woman named Evelyn at a bar, he takes her back to her place, they have a talk about having "no strings attached," have a one night stand, and call it a day -- OR DO THEY? So Evelyn keeps on popping up all over the place, namely David's house, and cooking him food, buying him stuff, etc. And David's starting to get a little creeped out at this point, so he tells her to back off. But she doesn't. As the plot continues, Evelyn becomes less and less passive and more and more obsessed with getting to David, who she thinks is her one true love. 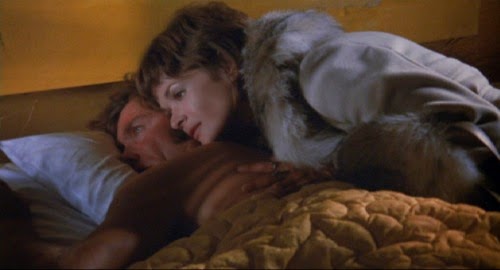 The whole "stage 5 clinger" storyline is far from new. Leave Her to Heaven, Fatal Attraction, Misery, Single White Female, and a whole bunch of other ones. What is it that we find so fascinating about people that don't take "I don't love you" as an answer?

Whatever the answer is, Play Misty for Me is indulgent, dated drama. It's not bad, but it was hard not to laugh at it for being so over-the-top at points.

On that note, Play Misty for Me is pretty dated, coming from a modern perspective. Why is David so into jazz? Were radio DJs really that cool back then? Did everyone have a blind hair stylist for this film? One thing that really stood out (and drove me BONKERS) was the sound editing in this. While you could make the argument that the sound of heavy breathing over action shots is interesting editing, I'm gonna call it like I see it -- no one likes mouth breathing. And Evelyn's craaazy shrieks against the quick zoom-ins to Clint Eastwood's eyes are just so cliche for this time period. It's hard not to giggle.

Email ThisBlogThis!Share to TwitterShare to FacebookShare to Pinterest
Labels: Clint Eastwood, large popcorn no butter, Play Misty For Me