It really bugs me when people get all down about "the world of today" and how people eat up things like the lives of the Kardashians or the latest Lifetime movie. Honestly, people have always had a flare for drama; it's not something that's limited to poor taste today. Women used to get flak for reading too many novels including works like Far From the Madding Crowd, a movie that basically plays out like an 1870s soap opera (much to my delight!).

When we first meet Bathsheba Everdeen (not to be confused with Katniss), she's helping out her aunt on their farm. Bathsheba is a headstrong girl, unusual for the times, and likes to do whatever she wants. When she meets Gabriel Oak, a neighbor, they seem to strike a chord with one another and he promptly asks her to marry him, but she declines. Not long after, they have a reversal of fortunes, with Bathsheba inheriting her uncle's farm, and Gabriel becoming a worker for her. The movie then follows her as she makes terrible romantic decisions with a soldier and a gentleman, and Gabriel has no choice but to be her friend and offer her advice.

Lolz dating hasn't been invented yet.

One of the really neat things about this film is how progressive it is for a period piece (which, it must be noted, may or may not be due to artistic license taken with the original material, the novel Far From the Madding Crowd by Thomas Hardy). Many examples of this kind of era drama end up punishing the feminine protagonist for being wayward or careless with romance, but it's nice to see that while Bathsheba makes a lot of different mistakes that affect her wild personality, she escapes unscathed for the most part. And for being set in the 1870s, it's impressive that she takes charge of the farm that was given to her in the same manner that most men would. I found this really refreshing. 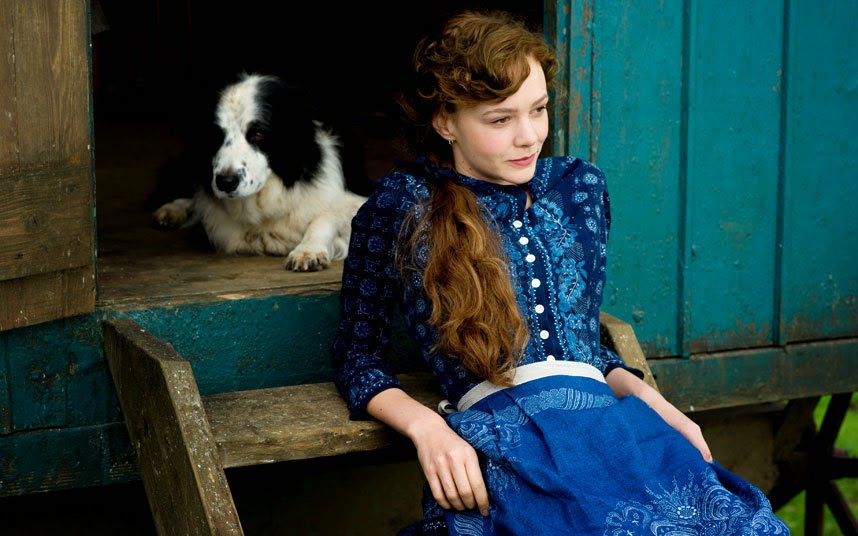 Damn it feels good to be a gangsta.

But again, the driving delight in this movie is its overblown drama. It involves love triangles, untimely death, fakeouts, honor, jealousy, and everything that one might find in a trashy novel. But it's executed pretty well. When she meets the soldier, she's taken by his devil-may-care attitude and soon becomes smitten. But on the other side of the coin, her neighbor Mr. Boldwood can offer her the stability that every woman at this time would've wanted. What's a mid-19th century girl to do!?

If Nicholas Sparks had been around in the 1870s, he could have written this piece. But the fact that it's set 150 years ago keeps it from getting overly sappy and dragging. The sets, cinematography, and especially the great acting by Carey Mulligan keep a delightfully unrefined tale from getting stale, predictable, and eye-roll inducing. And anything set in the English countryside is going to be gorgeous.

7 outa 10 for this chick; but you might not love if you're not into romantic drama.