Frank: Papier Mache, Fassbender, and the Meaning of Art

How can you say no?

Jon Burrows (Domhnall Gleeson) is not a good song writer. Despite trying his hardest, he seems to be continually grasping at straws to write even the simplest melodies. But then he happens upon an eccentric band in need of a keyboard player and finds himself swept up in their weird ensemble. Fronted by a guy named Frank, who wears the aforementioned papier mache head, the group is...hm...weird as hell. As Jon is thrust into the mentality of a group that unquestioningly does whatever Frank tells them, he sees golden opportunity for growing as a musician. Trying to grow their fan base (as is the modern way), Jon creates a social media profile of the band unbeknownst to them, and ends up compromising their structure and, worst of all, their sound. 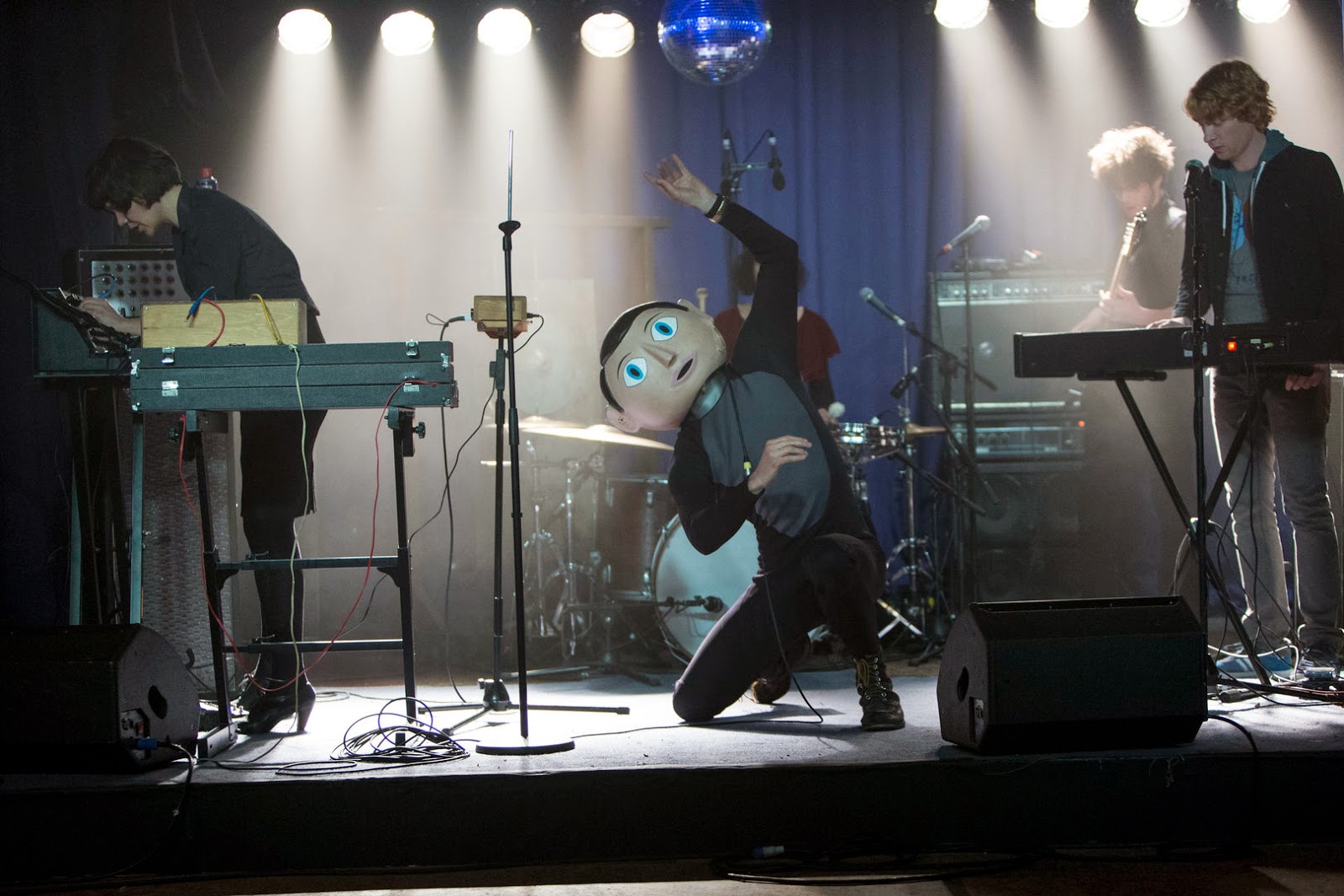 This movie was pretty cringe-worthy at times. Jon's sheer obliviousness at his own lack of talent is exacerbated by the fact that all of the band members (except Frank) totally hate him. While his acceptance into the band is a revelation on his side, especially after spending the opening scene of the movie trying to compose (hilariously) horrible songs, the rest of the members look at him like an itch they can't scratch. And ultimately, everything that he does to try and make the band more mainstream only serves to alienate him further from the others.

It opens up really interesting questions, though, about what people consider "good music." The band's members are, for the most part, mentally unstable. But that only serves to make their music more interesting, and to give them all a different perspective on their form of expression. Ultimately, it's because they're all a little loony that they can make the music that they do. And the driving force behind why it's so good. 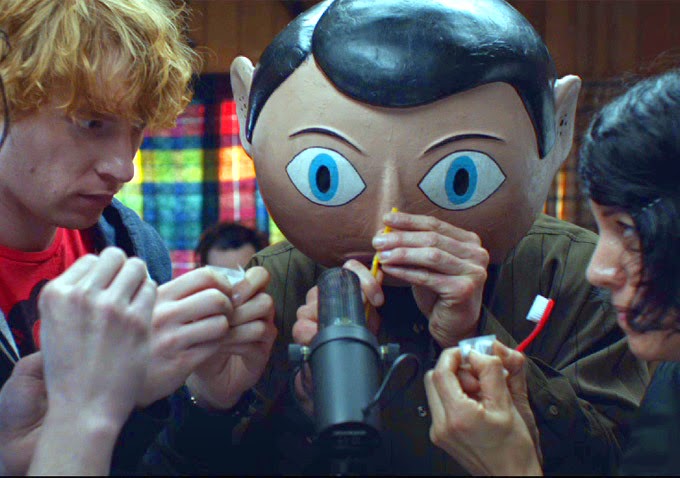 Jon, by contrast, is trying to make the band into a mainstream success and that is just not who they are. By trying to make their sound all bubblegummy and catchy, he only succeeds in destroying what makes them them. His best efforts end up sounding pedestrian, basic, and (honestly) terrible. Tt becomes more and more obvious, he's not an artist, and that his music is not expressive of anything that he actually feels.

Favorite parts: Jon's hilariously awful songs in the first scene ("LADY IN THE RED COAT, WHAT YA DOIN' WITH THAT BAG??" I died.), Maggie Gyllenhaal's performace in general, the "I Love You All" song.

Very thought-provoking despite being the most offensive waste of Fassbender's beautiful, beautiful face in recorded history.