It Follows: Pretty Scary, But Still Not As Scary as I Heard

If there's one singular thing that constantly ruins movies for me, it's hype. The sentence "THIS IS THE BEST MOVIE I'VE EVER SEEN." is a one-way ticket to Less-Impressed Town. And I'm sorry to say that this is A BIT of the case with It Follows. But let's discuss what it's actually about, shall we?

It Follows is the tale of a girl named Jay. Jay has gone out on a few dates with a guy named Hugh and things seem to be going pretty well, until the first time they sleep together. After she gets chloroformed and tied to a chair, Hugh explains to her that he's "passed it on" to her, that she'll start getting followed by something. It can be a stranger or it can be someone close to you, it can look like anything, but it will follow you. It's slow, but it's smart. You can outrun it for a little while, but it will find you. You can pass it on to someone else but if it kills them, it comes directly after you. And the rest of the film follows her actions as she and her friends try to outsmart, outrun and hopefully outwit it. 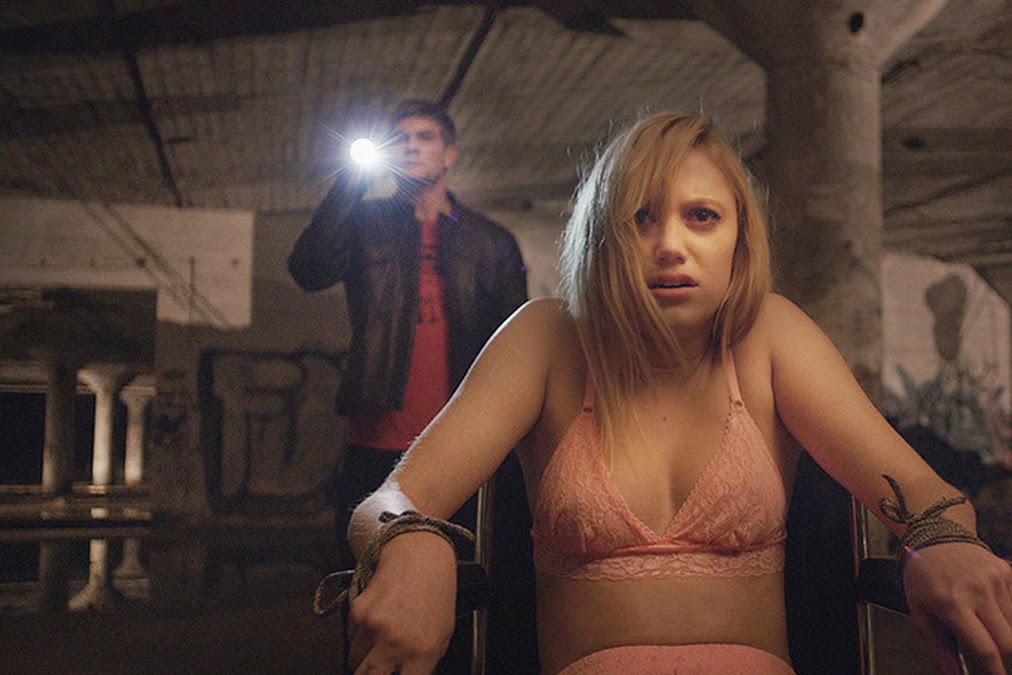 First of all, I can see why this movie is getting so much hype. In the horror genre, it's hard to break out of the cheesy-scary/super gory movies and into ones that haunt your mind for hours or even days afterward. It Follows is successful in that it creates a feeling of deep unsettledness. Everything in the movie is just a little off. From the difficulty that you have as the viewer in trying to place what time period it's set in, to the jarring soundtrack, to the unexpectedness of how pretty much everyone accepts and believes Jay's story. The movie harkens back to horror movies from the 80s and 90s in its cheesy synth soundtrack, but gives a definitive flavor of bored hipster that's decidedly present. The resultant mash-up is intriguing stuff. It sets a tone of all-over "strange" that makes the film even more disturbing, and for that I have to give them props. 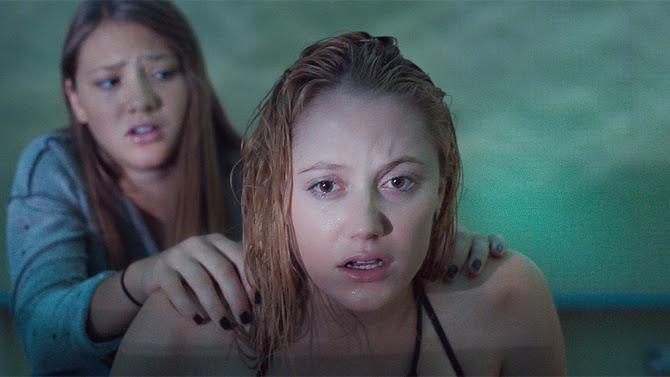 It's also nice to see a throwback to themes from old horror movies like Halloween, in which people are being followed but are refreshingly aware that they are being followed and should be on guard. The director, you can tell, also took pains to not make any of the characters overly emotional, making the blank character of the monster even harder to distinguish from Jay's real friends. This, I think, is what has so people freaked out about this movie, and which had me jumpy and looking over my shoulder upon leaving the theater. The fact that a predator can so easily blend in is a large part of why it's so scary in the first place. Is it going to take the shape of your friend? Your mom? A total stranger? The anticipation kills you. And nothing is creepier than the feeling that the people you love aren't really who you think they are -- especially when these entities have it out to kill you.

But while I really appreciated the fact that this movie is so different, and that there's definitely something to be said for that incredibly uneasy feeling of being followed, I have to say that I didn't find the movie totally terrifying. Or at least not as terrifying as I had heard.

Horror is such a tricky genre. There are so many things that scare so many different kinds of people. If invasion and stalking are your main bugaboos this will probably scare the shit out of you. But that's not really something that terrifies me. Maybe that's one of the reasons I feel the need to disagree with all the critics. 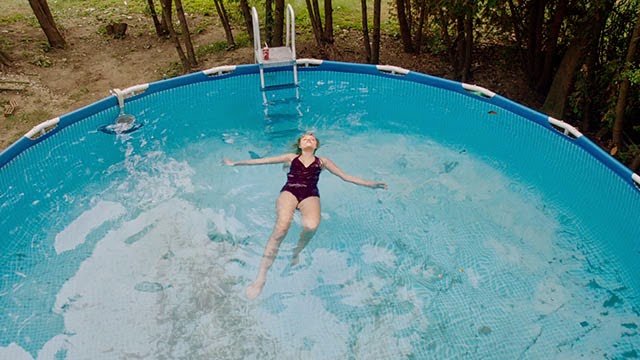 The lack of real character development and dynamic in this also struck a bit of a dissonant note for me. Being a sort of patchwork quilt of indie horror and Wes Anderson throwback, the movie ends up seeming like the Napoleon Dynamite of horror. The characters don't make a ton of sense, the setting is kind of bewildering, and it could very very easily turn into a TV horror movie from the early 90s at any moment.

I will say, though, it did have me pretty paranoid walking home.