The Heat: See? Girls Can Be Funny Cops Too!

Two posts in two days? I know what you're thinking... 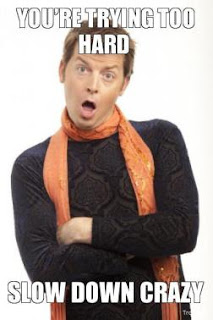 But I'm not gonna. Cuz I ALSO saw ANOTHER movie last week and didn't have the opportunity to write about it. It was a sneak peak from Philly Film Society so I want to take advantage of the fact that ya'll probably haven't seen it.

What movie, you ask? 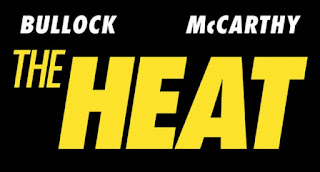 Riding the tails of the crazy success that Bridesmaids was, this movie takes a crack at the buddy cop genre with the first buddy cop film to feature two female leads (feminism. hell yeah.).

Our plot follows two lady cops who couldn't be any more different (I know, who's ever heard of a movie with characters like those before??!). One, Sarah Ashburn (Bullock) is a special agent in the FBI who never misses the tiny details and has a reputation for being by-the-book, narcissistic, and a pain in the ass. Opposite her, in the dregs of Boston, we have Officer Shannon Mullins, a hellcat with no tolerance for opposition to the law or anything else that she finds annoying. Thrown together by several circumstances, they end up working together on a case to uncover a covert crime syndicate that has been taking over Boston's drug scene. Together, I've gotta admit...they make one hell of a hilarious team. 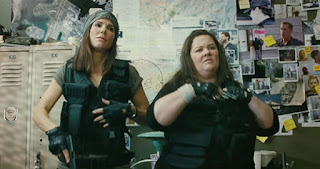 This movie seems to be following predecessors that include The Other Guys  and 21 Jump Street and I really have to hand it to them: they've really found a hilarious formula here.  Mixing the absurd (Mullins at one point pantomimes going through her police chief's office looking for his "teeny tiny" balls) with a liiiiittle bit of compassion (scenes including Mullins's brother who was formerly in a drug ring, and Ashburn's total cluelessness when it comes to being not-weird), this movie was nothing if not 100% entertaining. 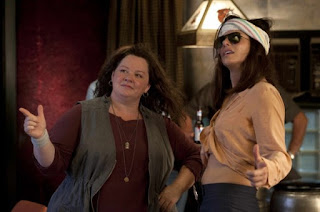 I think this picture says it all.

The true star here is Melissa McCarthy. Her ad-libbing skills are unmatchable. The character that everyone found so funny in Bridesmaids is exacerbated in this, made more badass and totally ruthless. With all of her insults she is so incredibly sharp that it's hard to take your eyes off of her comedic genius. Bullock is her usually quirky funny self, a mixture of Miss Congeniality's Gracie Hart and Two Weeks Notice's awkward turtle, Lucy Kelson. Incredibly, she still manages to hold her own, but as more of a sidekick to McCarthy's brash character.

Please go see this movie. Omg. It was so funny. Never has there been more loling.

Just watch the trailer even. I promise, it's hilarious.