Huh. Interesting. Maybe it's because I only saw the first installment of this movie last week and hadn't quite processed its themes yet, but this movie didn't make any sense. "Only once you destroy (and by destroy we mean join with) Alessa can Silent Hill be destroyed! Except it won't actually be destroyed! Mostly! Except for the one part of it! Because at the end a character decides to stay there! So what was the purpose of you coming here? We don't know! ....Look! A scary spider made of mannequins!" So the film starts out with Alessa/Sharon/Heather being about 18 or something. Why the name change you ask? You find out about twenty minutes in. So (for those of you that have seen the original movie) the way they explain Sharon coming back without the mom is that the mom found a key into our dimension but that there was only room for one person to go through because half of the key was missing. 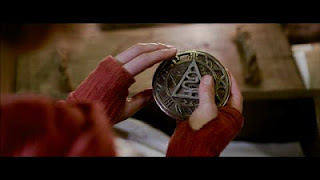 And Heather (aka Sharon) starts having these crazy dreams about all this stuff that's still going on in Silent Hill. She starts to hallucinate things going on around her reminiscent of the Silent Hill dimension, complete with Triangle-Hat Executioner Man and Saw-blade Arms Lady. So what does she do? She goes back to Silent hill of course! Where nothing but nonsensical weirdness ensues. 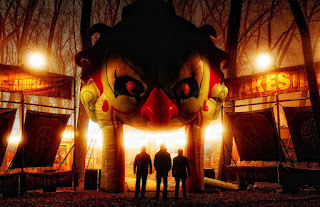 Also somewhere in Silent Hill they found a carnival.

So the problem with this movie is that it seems like someone was making it up as they went. "I think that Sharon should be back in our world and with the dad."
"How?"
"Uhh...well she's with her mom right? Her mom helps her get out?"
"How?"
"Uhhh, maybe there's like a hole in the dimension?"
"How would they reach this hole?"
"With a key...?" 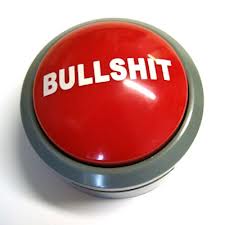 The rest of the movie tries to carry a reason for everything, but each reason just seems like it's totally contrived. The whole plot doesn't really hold water and while the monsters are as interesting as ever, I was spending so much time trying evaluate what the heck was going on, the disturbing images kind of passed me by while I was asking Nick things like "Wait..why is that thing killing her? Who are all these people? Wait...what? I thought they all died in the first one?" 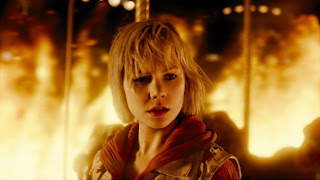 Unfortunately, peeps, you'd be just as lost watching it if you had never even seen the first one. I would wait for this one to come out on Redbox or OnDemand.

PS It really bothers me when sequels have look-alike actors for children from their originals. Obviously they can't have the original kids but can't they just ex out the kids altogether?