So, dear readers (yes, all twelve of you), it has been brought to my attention that perhaps my ratings are a bit uniform seeing as how they are based on a five-star system. To make things a little more interesting (and a little more accurate) I'm going to amp up the full star count to ten. How d'ya like them apples?

But! Movin right along...

This week's movie was brought to the good people of Philadelphia through the Pearl Theatre right near North Philly's own Temple University. I had forgotten what it was like to be surrounded by masses of people two years younger than me carrying books and looking at illegal copies of something obscure like "Arial's Two Fins: Femininism in The Little Mermaid" (anyone else have to read that? No? Guess that's what I get for writing a senior paper on The Swan Princess...). 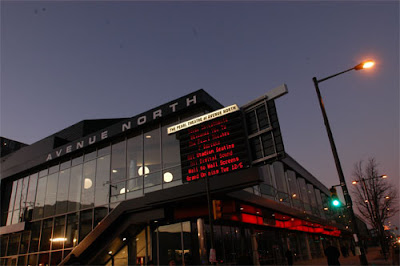 The myth. The legend. The Pearl.
Well in any case, I ended up seeing Chronicle, which ended up being pretty darn cool. After seeing the trailers for weeks I was kind of wondering how they could do long shots if the entire thing was filmed by a handheld camera a la Cloverfield. In fact, the cinematography was about 50% of why this film was really cool. The other 50% was a conglomeration of the characters and how they deal with having (wait for it...) super powers.

So Chronicle starts off with Matt and Andrew(I confess, I missed the first ten minutes of the movie cuz I couldn't find the theatre, oops). Matt (Alex Russell) is the stereotypical normal teenager, trying to party and go out and meet people and such, but he is hampered by his antisocial cousin, Andrew (Dane DeHaan). Now, it's not all Andrew's fault. His mom's got some kind of extremely painful condition and they can never pay for her pain meds because his dad is an old fireman collecting on some injury insurance money (Dad's also an alcoholic. Go figure.). Therefore, Andrew is really sensitive to bullying, having to deal with it at home all the time. But, lucky for him, after a crappy evening at a night club with Matt, he's approached by Steve (Michael B. Jordan), jock and nice guy extraordinaire. 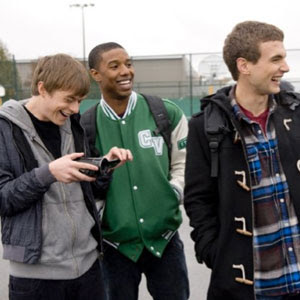 And they're the three best friends that anyone could have.
Steve and Matt found something in the middle of a field and make Andrew come with them so he can film it. Long story short (I'll spare you the details, cuz it's a pretty cool scene), they end up getting crazy mental powers which enable them to move objects with their minds.

Typical of a super hero-esque plot, these guys end up being tested on how to manage their powers wisely. Some better than others. If you get what I mean. I'll leave it there. 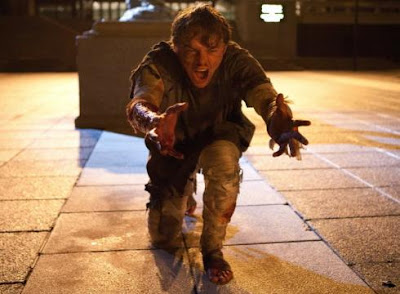 Spoiler alert.
Probably the coolest thing about Chronicle is the liberties that they allow themselves to take with the camera work. Since the characters can move objects with their minds, and since Andrew is, from the beginning, obsessed with recording everything, the camera follows them around. But it's not always in someone's hand. The camera is floated at ceiling level, at skyscraper level, in the sky, in a closeup, and countless other kinds of shots that would require a crane or a helicopter but are simply done by the power of Andrew's mind. 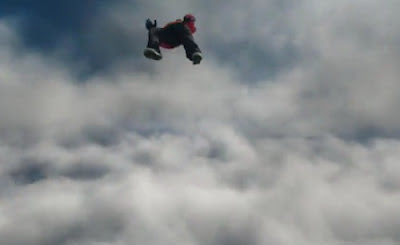 No way you could film this without super powers.
They found a way to break outside of the tripoddy Paranormal Activity kinds of shots and broaden the horizons. I think that was one of the coolest things that I found about this movie. That and its ever-changing perspective. Even though the camera is by and large operated by Andrew, there are also other cameras recording at the same time he is for a few scenes, allowing the perspective to switch back and forth without compromising the handheld camera angle. Towards the end, as tensions rise and things heat up, the different perspectives get even more interesting.

Another cool thing about this movie was the kind of fusion of genres that it seemed to master. Teen movie, superhero movie, handheld movie. Really, a smart triple play of all the hot genres right now, but it tweaked each of them in such a way that they didn't get old fast. In fact the movie could be interpreted as any number of things. A fake documentary about how a superhero (and supervillain...?) have come to be, a lesson about bullying and the dangers of extreme power, a story about the valors of being a decent human being, or even just an amateur sci-fi thriller.

All in all, very cool movie. I hope they don't ruin it with a sequel.

Six out of ten. (See that? That's my new scoring method. I know you're shocked. It'll be okay.)