THE MUPPETS ARE BACK!

In the words of Kermit the Frog, "Yaaaayyy!!!" the Muppets are back!! Went to the theater last night with high expectations and I'll tell you what, guys, the critics are right about this one. 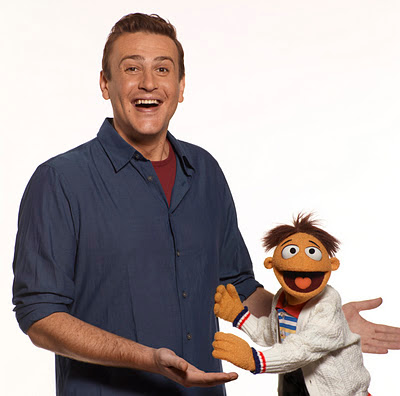 The plot, written by Jason Segel himself, begins as the heartwarming tale of Gary (Segel) and the newest Muppet, Walter. Walter has been a huge Muppet fan his entire life and when Gary and his girlfriend, Mary (Amy Adams), are about to head out for LA for their tenth anniversary, they invite Walter along for a tour of the Muppet studios. However, when they arrive, much to their disappointment, the studio is in disarray. Walter leaves the tour to check out Kermit's old office and, while hiding, discovers a plot by an oil company to buy the rights to the Muppet studio and have it destroyed! The story then focuses on the three finding Kermit and trying to get a show together with the whole gang to try and raise money in order to keep the studio and the show going.

Well holy crap, guys. I have not seen a movie in a long time that manages to be upbeat without being sappy and light without being stupid. Well done, Jason Segel. The film manages to do what, up to this point in time, only Pixar seems to be able to do. The material is appropriate for children but includes jokes and characters adult enough for grownups to identify with as well. Even though it's two hours long, the show seems to be as short as any children's movie, keeping the audience engaged with a new slight conflict every 15 minutes or so and making them wonder if they'll end up getting the studio back! 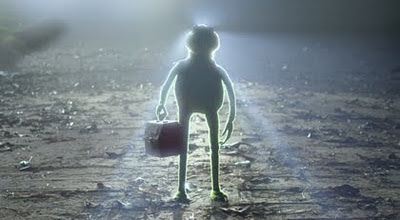 
For any nostalgic Muppet fan, also, you have found your film. The movie's central plot revolves around bringing back the golden era of the Muppets, even though it pokes fun at itself by admitting that a lot of kids today are unfamiliar with them (speak for yourself, Selena Gomez, Muppet Christmas Carol is still one of my favorite movies ever.).

But even for non-fans, the plot is brightened by upbeat characters and catchy tunes (oh my God, "Man or Muppet" was my favorite thing in the world). And if nothing else, the celebrity cameos alone are enough to get you through til the end (look for Whoopi Goldberg, Sarah Silverman, Jack Black, Rashida Jones, Allan Arkin, Bill Cobbs, Ken Jeong, Jim Parsons, and a bunch more!).

It was one of those movies that had a sympathetic audience. When Kermit takes a minute to sing "The Rainbow Connection" everyone in the theater started singing along and seemed to love the Muppets' refound identity as much as I and my two equally nerdy friends did. 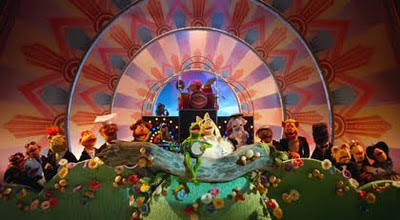