Can we all agree that period dramas are usually pretty damn good? Like, look at all of the various Pride and Prejudices and Jane Eyres; or classics like Sense and Sensibility; A Room With a View; Shakespeare in Love; Elizabeth; Dangerous Liaisons; Emma; The King's Speech; Mansfield Park; Young Victoria; and a bunch of others.

Granted, these all have their pros and cons, but generally when you see a trailer where the cinematography is on par with the rest of these sorts of films you have no reason to suspect that they're, um, not going to be very good.

Mr. Turner, which I had been dying to see since the moment I saw the trailer, was a total let-down.

The plot (if you could call it that...) follows J. M. W. Turner in his later years, diving right into his life as a prolific, and somewhat controversial, painter.

His life featured a jolly father who died when he was middle-aged, a failed first marriage and unacknowledged children, a common-law (presumably) marriage to a Mrs. Booth who is the only redeeming character in the film, and a weird, creepy housekeeper who shuffles around the entire film without saying more than, like, a sentence. 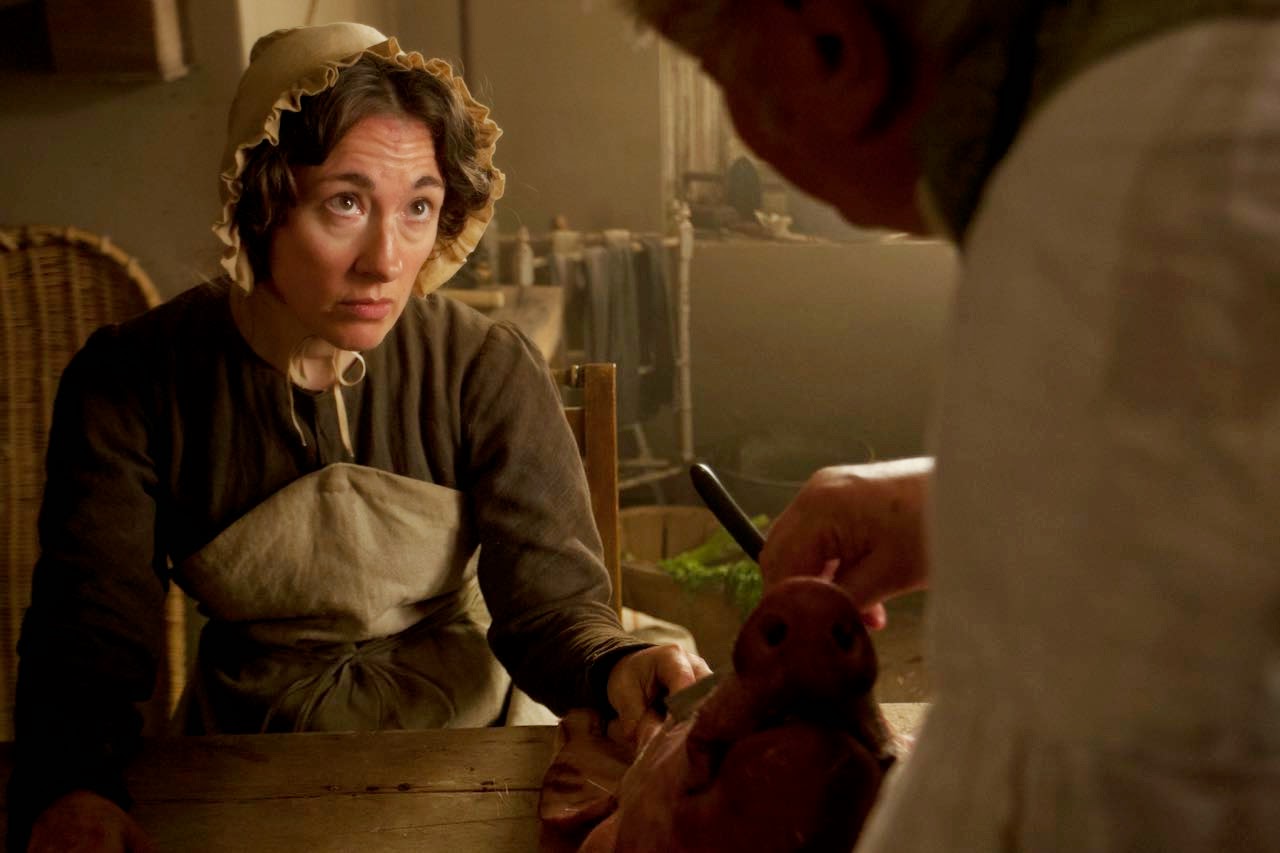 Now, keep in mind, I didn't really do research on this guy's life before going in to see the film, so I was just seeing what was put in front of me.

The nice thing about this is that I could, objectively, see what they were going for in terms of Turner's character. A gruff man who growls more than speaks (a little too much, if you ask me), there are a handful of moments throughout the film where we get an idea of his profound sensitivity in a way that's extremely intimate.

The cinematography and mise-en-scene are absolutely grogeous, and we get to see the original subjects of some of his most famous works, providing context for some of his more abstract paintings. 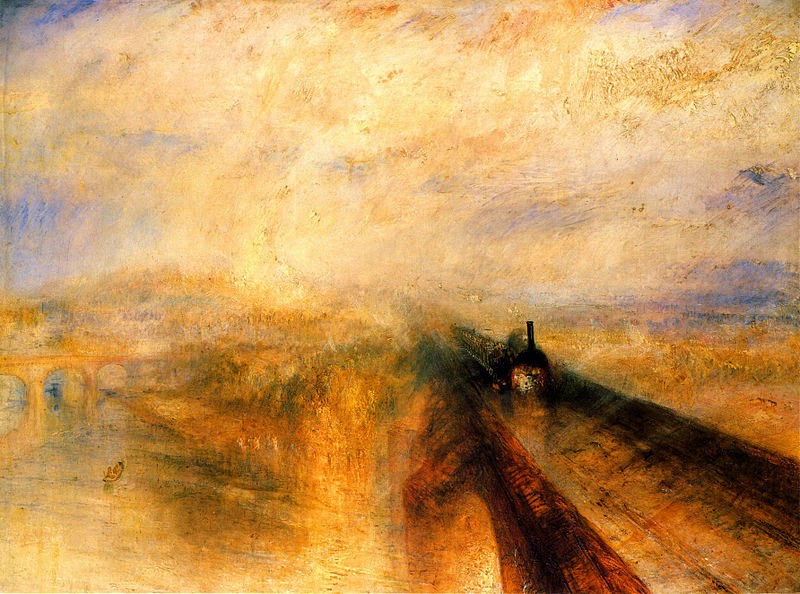 Outside of these little gems though, the movie is just bewildering. And honestly, that's not something that you want for a biopic. Especially in trying to reflect the life of a well-known artist.

While we get little vignettes and insights as to the quality of his life, the majority of the film just feels like filler, and I found myself asking "What is the point of this scene?" more often than not. While there are a few shots that Mike Leigh makes thought-provoking and beautiful in a minute-to-minute frame, the overall message of the film is blurred as you realize that none of the scenes really connect to mark a larger message. You leave the theater thinking "Mr. Turner really liked to paint and had a lot of feelings! He was a pretty okay guy, I guess!" without really learning anything much about his art, or even really about his family life. 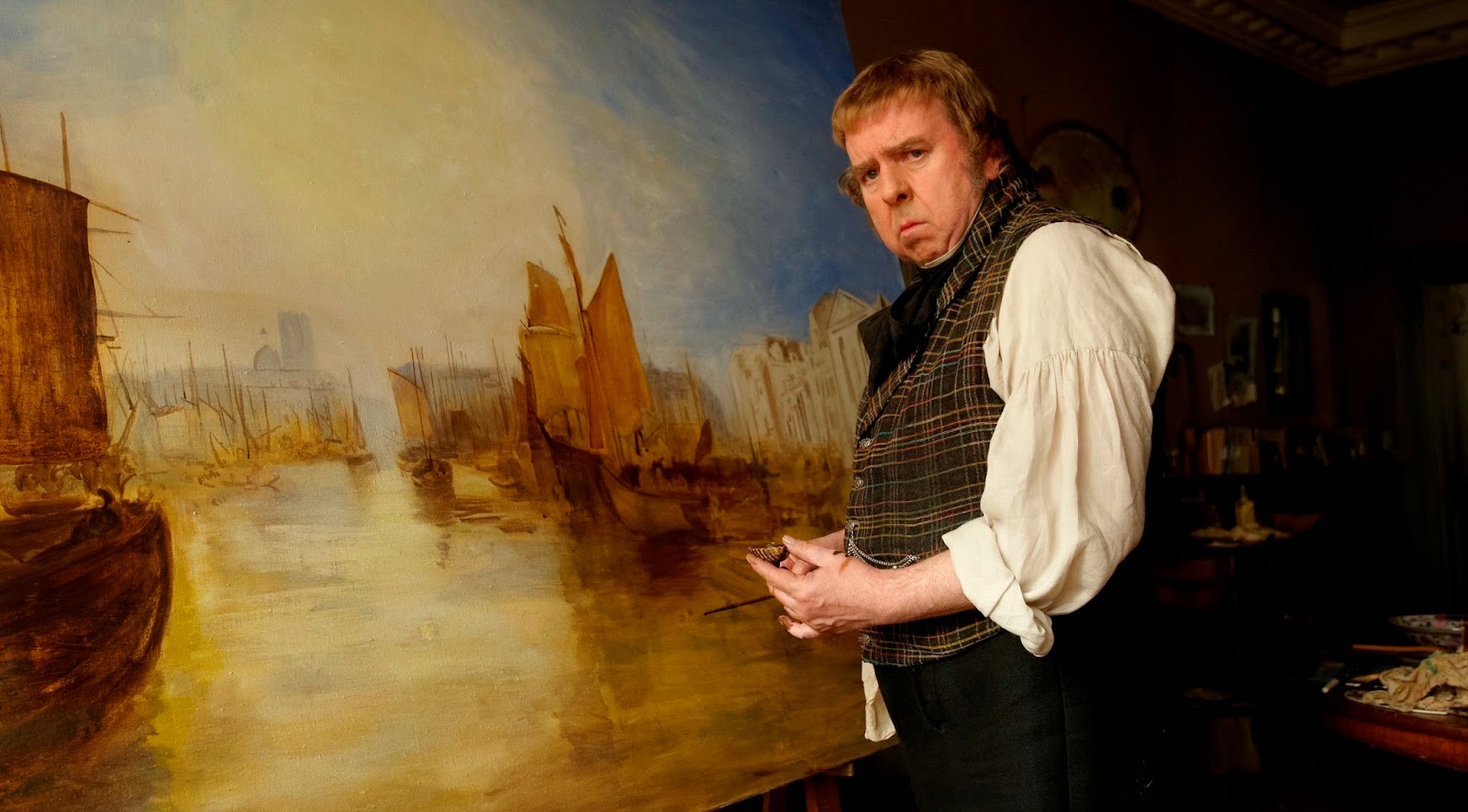 Seriously, who are you?

Fundamentally, too, I had a major problem with how inarticulate Timothy Spall is. Like, okay, the man grumbled like a bear. A lot. Okay. We get it. Please make the grumbling stop. Oh god now he's choking. Oh GOD, now he's gurgling?? Now he's gurgling and grumbling and choking??? Make it stooooppppp.

Anyway, I guess my point is this: If you're going to go see Mr. Turner because you want to see a pretty movie, by all means go ahead. But if you go in expecting to leave with a better knowledge of what Mr. Turner's art was all about? Uh...you're probably going to be a little disappointed.