Lucy: Because She Got High.

Memorable quote upon leaving the theater: "I thought that bitch had superpowers--she was just high!"

And there you have it, folks.

But really, Lucy ended up being a pretty decent movie, ableit not the mind-blowing Matrix throwback I was hoping for.

The plot revolves around young Lucy, a (grad?) student who is living in Taipei for some reason. We immediately kick off with her boyfriend asking her to deliver a package to the front desk of a hotel. She declines. He makes her. She ends up getting enrolled in a sick drug lord's scheme to be a mule for some new drug. After accidentally getting beaten up in transit, the drug begins to leak--and Lucy goes whack. We find out, after she gets the pouch removed from her lower stomach, that the drug is a synthetic form of a substance that mothers produce when they're pregnant. The hormone/chemical/whatever enables your brain to prep itself to learn all of the rudimentary tasks that you acquire as an infant. And Lucy's packing a good amount larger than the average. Consequently, she gets the gift of using a "higher capacity of her brain" than the rest of us do, and learns some insane tricks (please see: suspending humans in midair, putting crowds to sleep, time traveling, literally falling apart, and more!).

nbd, everyone can do that..

When I saw the premise for this movie I thought it looked crazy cool. Scarlett Johansson has more than earned her acting chops as a badass playing Black Widow in The Avengers, and I was intrigued to see which route they would end up taking with the whole concept itself. But what you get amped up for in the beginning tapers off as the movie plays, and it ends up being a little lackluster by the end.

First half of this film was totally on point. Interesting choices made with the editing sucked me in right off the bat. As Lucy talks to her boyfriend, her responses are intercut with stock film images of wildlife hunting, being entrapped, and generally being in danger. The cuts also give us some information about Lucy's beau and their partying habits. Interesting direction for a mass-audience studio film, and it was refreshing to see some playfulness in editing for a genre that is usually pretty one-note.

The whole beginning half, actually, draws you in because you don't know what to expect. Even immediately after the drugs take effect in her system and Lucy is semi-robotic, we see her making decisions with 20% of her brain that we usually only get to see in assassin flicks. And it's cool! 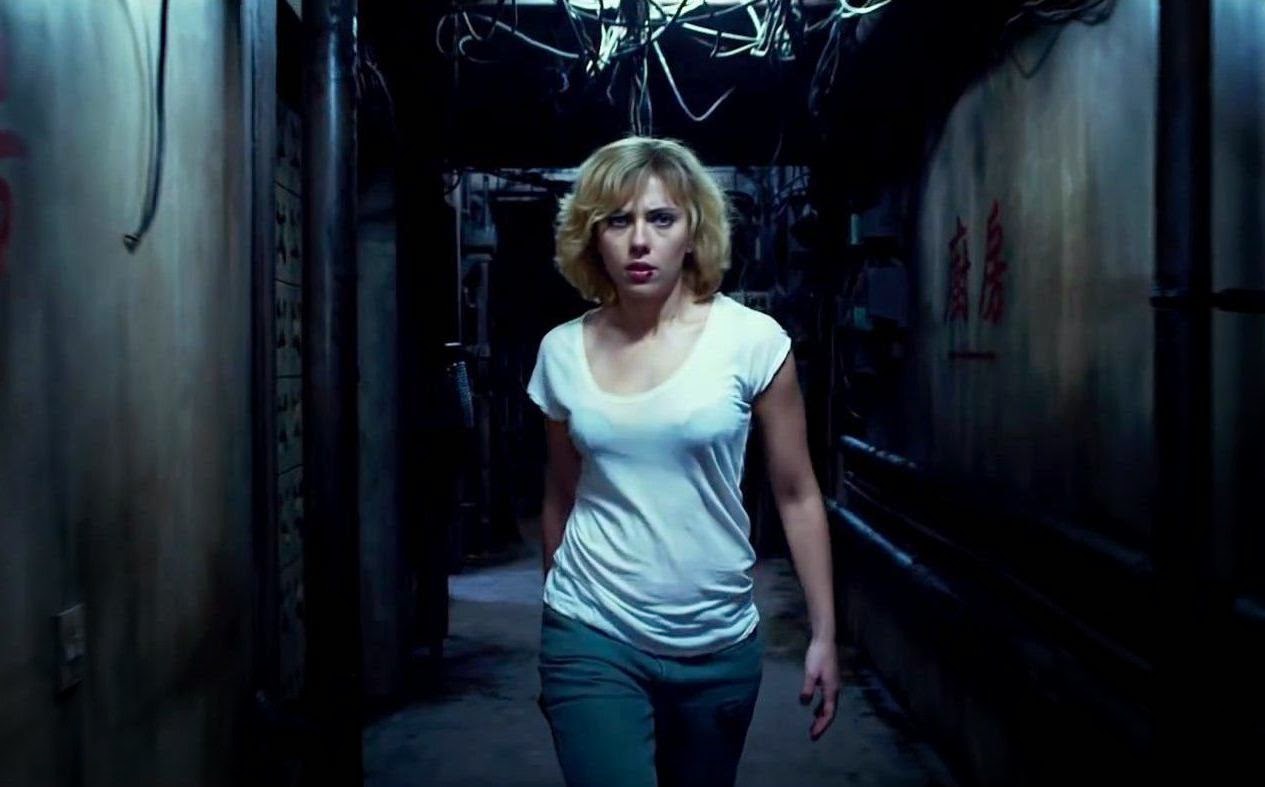 Girl on a mission.

The problem with the second half is just a matter of jumbliness. The drug lord is trying to hunt Lucy down, Lucy's trying to give info to these scientists, she befriends a French cop that we become momentarily invested in, and then we get to see a brief history of time itself. What I went in expecting was to see a bunch of crazy-cool things that she'd be able to do with a large portion of her brain. But with the way the movie plays, she ends up being so much bigger than humanity itself, that the plotline that we're all focusing on (the drug lord one), gets lost in Lucy's existential fog.

Basically, the main thing keeping you awake in the second half is simply wondering what happens when she reaches 100% of her brain's capacity (and by that point--I mean, good Lord, she can do a whole lot). 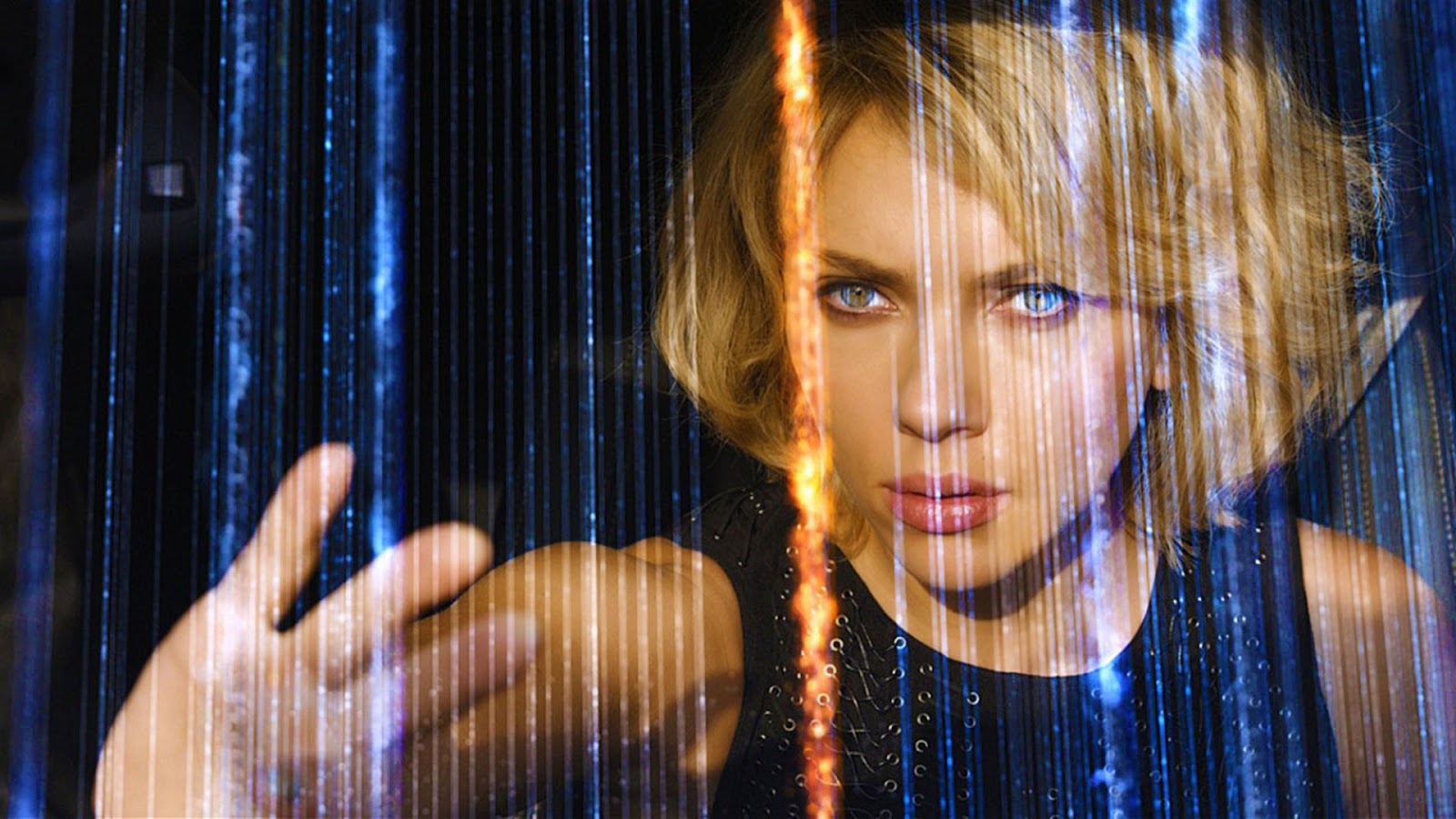 I would've liked to see this one's beginning stretch a little more and have her doing much less transcendental nonsense by the end. If we can't comprehend it, then why are you showing it to us? I rest my case.

6.5 outa 10. Not half as crazy-awesome as I'd thought it would be, but I thoroughly enjoyed the first half. Good acting from Scarlett Johansson as well!

**EDIT** Also, it must be said, there is no evidence to support the claim that humans only use 10% of our mental capacity. That is all.