When I saw the original Oldboy back in 2010 on the recommendation of a friend, I was scarred for days afterward. Here was a film so violent and really just MESSED UP that it stuck in my head for days. It was so different than any movie I had seen previously. Here was a man that had been imprisoned for a number of years in a hotel room, with nothing but the same things surrounding him all the time. He ends up getting himself into fine physical shape and one day wakes up in a suitcase in the middle of a field, released without explanation. But the game doesn't end there. Totally clueless at who has imprisoned them all of those years, his captor decides to continue the game and let the man guess why he was put there in the first place. The end will make you uncomfortable for days.

My gut reaction when I heard they were remaking this film was a resounding "WHY?" For one thing, South Korea is allowed to have some pretty messed up themes. Their history as a country and a whole bunch of other cultural factors make graphic movies extremely common (you can read more about South Korean film in this ancient post). American audiences don't seem as interested in graphic stuff unless you make that movie badass.

That being said, the new Oldboy (Newboy?) lacks a lot of what its predecessor accomplishes.

YE BE WARNED: SPOILER ALERTS BELOW

Okay y'all, here are my problems with this remake:

1. Main guy's characterization
Old Oldboy: main guy, named Oh Dae-Su, seems to be a pretty okay dude. Sure he's a little drunk in the beginning, but he doesn't have any issues with his family; they're all actually pretty happy until he gets kidnapped and framed for his wife's murder. 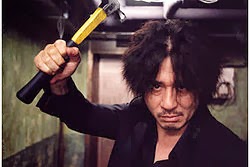 New Oldboy: main guy, Joe, is a total dick. Late on child support payments, hits on taken ladies, alcoholic, and generally just seems pretty unlikeable. When he gets randomly imprisoned, you're not like "wait, why...?" you're more like "yeah I could see why someone would do that..." 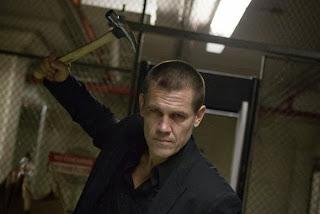 just not as cool, right?


2. Main villain's characterization
Old Oldboy: main villain, Lee, is creepy but believable. you want to know why he did it. 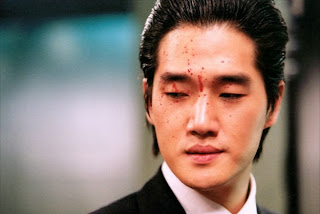 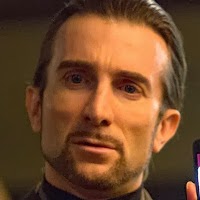 3. Kung Fu realism
Old Oldboy: Oh Dae-Su learns all of his moves from watching TV and basically just winging it. He's pretty badass but he's no Jackie Chan. He even wonders aloud at one point if learning martial arts in a hotel room for the past several years can translate into the real world. The fighting seems more real because he's not amazing at it at first.

New Oldboy: Joe is like Neo from The Matrix. Lee seems to try to explain this by hinting at his background/interest in boxing but you're kind of like "WTF?" when he very nearly kills an entire team of soccer players as soon as he gets out of that field. 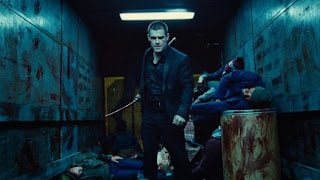 4. The shocking ending
MAJOR SPOILER ALERTS BELOW. IF YOU HAVEN'T SEEN THE MOVIE, DON'T READ.
Old Oldboy: Lee doesn't seem as cartoonily nutso as much as seriously not right when he calmly explains that his sister and he were in love and that Oh Dae-Su totally made the girl commit suicide. Additionally, Oh Dae-Su doesn't intentionally push the girl to suicide and ruin her reputation at their school. It seems mostly accidental and makes the whole story even more horrific. Furthermore, Oh Dae-Su's fate is much more harsh in this version. Trying to reason with Lee, he cuts out his own tongue begging the man to never tell his daughter what they've done. I mean, what is worse than realizing that you've fallen in love with and slept with your own daughter? Hmm. Not a lot of things are coming to mind. But Park takes it a step further in the original. Even after the main character's extreme actions trying to persuade the villain, and even after the villain's suicide, Oh Dae-su has himself hypnotized to never remember that he is her father, and it seems like they continue their relationship. 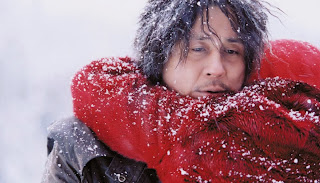 
New Oldboy: This ending seems more strange to me, and I feel like Lee wussed out of going the full mindfuck (pardon my language but there really isn't any other term for it). Instead of Adrian having been in love with his sister, he reveals that the entire family was in an incestuous relationship that was shattered by Joe's gossip and resulted in the entire family being murdered. Adrian is more obviously delusional, as he thought that he was in a romantic relationship with his father that was legitimately special. The Joe's original discovery of the father and the villain's sister having sex prompts the main character to loudly slut-shame the daughter and, in the long run, for the father to murder the entire family (including himself). Realizing that he's totally exacted his revenge on Joe, Adrian kills himself. Joe is then free to use his prize of a bajillion dollars in diamonds to give to his daughter and to also check himself back in at Hotel Hell, where he seems perfectly content to punish himself for the foreseeable future. Not as believable honestly. And the last frame shows him smiling. Wtf? There would be no smiles here!


Funny thing about remakes in general is that they have to either improve upon or creatively re-imagine original stories. Batman is a great example. The original Batman was pretty good but Christopher Nolan totally revamped the series, made a broken and damaged Batman, held a city hostage multiple times, and the rest is history. The entire vision of the newer Batman series is totally indistinguishable from the original.

The new Oldboy is a terrific example of why you shouldn't remake a movie just because you think it would be cool. By distorting the original effectiveness of the themes, Lee ends up making what seems to be a pretty cookie-cutter thriller with a horrifying ending, but not one that really lasts. After seeing the original film, I was uncomfortable for days, but the main character in the new one just seems so unbelievable and so many things are tweaked to be different that I kind of walked out of the theater shrugging.

Not thrilled with this movie. Simply takes too many liberties that just morph it into another American movie trying to be more than it is.


The original is just so much grittier....