This was probably the hardest list I've ever had to make. Because it could've ended up being like 45 items long. But, let's be real, no one would read through that many. So we've had to make some cuts, and here are the ones that I have determined are the creme de la creme. 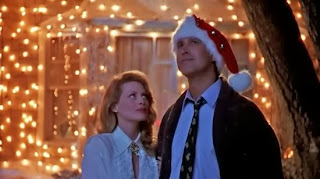 BEST CHRISTMAS MOVIES EVER MADE AFTER THE 1960s!!!

Bless little Macullay (sp?) Culkin's heart. Have you ever seen a more authentic child actor? I pose that you have not. For anyone on this planet that hasn't heard of this movie, an entire family ships off to Paris for the holidays, only to discover halfway through their flight that they've left their child home alone (see what they did there?). As his mother tries desperately to get back home to make sure that he's alright, two burglars are trying to invade their home under the impression that no one is home. Kid fights to defend his house. Hilarity ensues. Besides dear little Kevin McCallister (let's not try to spell MacCaullay again...wrong..), the two-bandit duo Harry and Marv are cinema gold. Pesci puts a hilarious twist on his typical gangster persona and Daniel Stern's clearly clueless marv just makes a hilarious foil. Good job, John Hughes. As always.

nice MS Paint marquee at the end there...

Okay, this is probably my family's favorite. Because it's hilarious, we haven't over-watched it, and the jokes are just so spot-on. Clark Griswald sets out to have the ideal Christmas at his house with his entire family. His entire family. When everything starts to go wrong, this movie just gets so damn funny. From a burnt up tree and an uncle that catches on fire, to a great aunt that can't remember how to pray and a SWAT team that shows up, this Christmas movie is unlike any other I've seen. Never gets old. Well done again, John Hughes.

oh god, someday someone will make a romcom trailer without "This Will Be."
waiting patiently for that day...

Who thought that England had it in 'em to create a festive, modern Christmas movie that tugs at ALL of your heartstrings (no offense, England, we just don't hear from you very often over here). One of those rare holiday gems that features an all-star cast that perfectly gel together in various interwoven story lines (we need to work on this in the U.S. guys, New Year's Day and Valentine's Day just did not cut it). It shows us the values of the season without getting overly sappy and finds a subtle but effective balance between humor, heartache, and love. Actually.


Oh man...this little gem. The Little Christmas Movie That Could. I don't know who thought having Arnold Schwarzenegger and Sinbad star together in a family Christmas movie was a brilliant idea, but congratulations, you have created the most (un)intentionally funny kid's Christmas movie of our time. The chemistry between the two of them, as well as the maddening subject matter of waiting too long to get your kid's favorite toy, fuse together to create what is a really funny movie. "Put that cookie down, now!"

hahaha anyone catch the "AOL Keyword: Elf" at the end there? oh old times...

Will Ferrell. (Drops the mic and walks away.)

No but really, Will Ferrell is quite possibly the most successful that any adult has ever been in acting childlike. When you see him as Buddy the Elf, you immediately want to get into the innocent and genuine mind set that he is in with regards to Christmas. Additionally, it really has almost everything that people look for in their Christmas movies. It harkens back to the stop-motion movies of the 1970s with the sets and animated animal friends in the beginning, has a part that is love story, and a huge part about family and personal identity. Yes, Buddy, there is a Santa Claus. And he lives in you. Perfect movie.


I am not a huge Tim Allen fan (I think the guy is a terrible person in real life), but this film brings me back so much nostalgia for the 90s, as well as a great plot, that I can't help but like it. The movie asks the question: "What if your dad became Santa Claus?" I mean, is there any other question that would explode a child's mind with excitement like this question right here? And his transition is so honest in regards to the real world that it actually stays pretty funny. Tim Allen's grumpy Scott Calvin is perfectly suited to be worried about the real-life repercussions of this transformation while simultaneously being taken over by the feelings that come with the persona. Still a pretty great movie. I'll let you by on this one and the Toy Story franchise, Mr. Allen...

this is the only thing I could find - no trailer, sorry guys!

This one is actually a little rough. If you want a reminder of what Christmas is all about, then this one will have you clutching your loved ones for dear life. An angel is sent to make a cynical woman believe in Christmas again, and takes some extreme efforts in doing so. This movie, however heartbreaking it can get sometimes, is a great reminder of the values of the season. Christmas really isn't about money, it's about the people that you love! Really adorable performances by the two little kids. Ugh. Makes me cry every time. Available for streaming on Netflix!

Admittedly, I haven't seen this one more times than I can count, but I always catch it when it's on TV. I'd explain the story but I'm guessing you all know it pretty well. This one contains a lot of nuances that the others have since missed (including the terrifying kids, Ignorance and Want, who still freak me out). While I have a lot of respect for the newer Patrick Stewart version as well, there's a warmth in the lighting in this George C. Scott's that makes it so much more cozy than the cold, gray-lighted nightmare that is the Patrick Stewart version. And there's a bit more old-timey TV drama to the George C. Scott version as well, that makes it stand out a little more. (We're not going to discuss the Jim Carrey version. We're going to pretend like that didn't happen. The Albert Finney version too.)


I mean, come on. Has any single movie been more quoted since its debut? "You'll shoot your eye out!" "I triple-dog dare you!" "Frah-jee-lay -- that must be Italian!" "Oooohhh fuuuuudge." I could go on, but I'll stop there. Fantastic Christmas movie that chronicles a family's holiday season in the 1940s. The family dynamic is priceless, and the writing (from original story by Jean Shepherd, who is also the narrator) is spot-on. Every thought that we hear from Ralphie just seems to strike a note that feels all too familiar. Dealing with school bullies, imagining going blind (and subsequent family reaction) from "soap poisoning," cursing in front of your parents, and trying to persuade them to get you a dangerous present that you desperately want. Priceless material that never gets old. Which is probably why they air it on loop every Christmas Day.

part one of many..

A lesser known gem, I don't think I saw this movie until I was at least in middle school. Another story set in the 1940s that follows a child as she tries to get something that she desperately wants - a Christmas tree. Following the death of her mother years before, her father is a regular Scrooge that is so heartbroken that he can't stand the sight of a Christmas tree, or any celebrations at all for that matter. As Addie (the kid) tries to persuade him otherwise, she rediscovers things about her mother and, after things come to a head, ends up teaching her dad about the importance of moving on and of celebration in general. Originally made as a TV movie, this may seem a little dated, but the story is so sweet you get wrapped up in it.

I mean, you all know how I feel about The Muppet Christmas Carol. It has Michael Caine and Muppets. Could you ask for anything more wonderful? Another movie that balances that fantastic mixture of humor and real feels. And perfect music and sets. Marrying the unreal with the real. Perfect. I don't have anything else to say about this one (especially because I've reviewed it before) . If you don't like it, you clearly have no soul.


Best soundtrack possibly ever. I love the whole package here. Although its movie status may be debatable (it's only 45 min. long), the simple quest of young Charlie Brown to find what Christmas is all about is just so sweet. And the young voices of the entire cast make it that much more sincere. (Can we import some children from the 1960s to voice over current child actors' voices? Why do kids not sound like this anymore?) Between nurturing his one-branched Christmas tree and finding out what Christmas is all about (thank you, Linus), Charlie Brown does indeed have a wonderful Christmas. So cute.

-Rudolph the Red-Nosed Reindeer (A classic, but a little dated for my current attention span. Love that Burl Ives though!)

-The Year Without a Santa Claus (Every time I watch this one I hear my mother's voice telling me that summer has no place in a Christmas movie. Love the Meiser Brothers though.)

-Home Alone 2 (Kevin seems a little more like an asshole in this one, but who doesn't love seeing a kid go crazy with his dad's credit card?)

-The Disney cartoon version of A Christmas Carol (Great cartoon adaptation but a little short. Definitely great for kids.)