So after checking out the Barnes Museum yesterday I had nothing to do all day and a voucher for a free movie in my pocket* so I headed to the Riverview Stadium and say a matinee screening of Silver Linings Playbook.  I was actually really excited cuz I'd heard some really good reviews about it.

Basically it's the story of Patrick (Bradley Cooper), who has just gotten out of a mental hospital following an incident that involved his wife and her lover. Being recently diagnosed as bipolar, Patrick is having a hard time keeping his cool after returning to civilian life. After getting into fights with his parents, scaring some of the staff at his old job (who have a restraining order against him), and having no filter when he speaks, things aren't looking so good. Until he meets Tiffany. 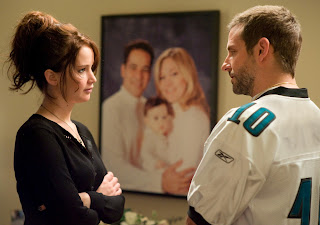 See how their disfunction contrasts with the family portrait in the center?
See what they did there? Huh? Yeah.

Tiffany, like Patrick, has no filter, speaks her mind, and doesn't have a problem being blunt and showing Patrick his own flaws. Luring Patrick in with hopes of being able to contact his wife (he can't cuz she has a restraining order against him), Tiffany tries (successfully) to get Patrick ro wake up to the possibilities of his own life. And through his need to show his wife that he's changed, Patrick falls into  a friendship that helps both he and Tiffany far better than any conventional therapy could attempt. 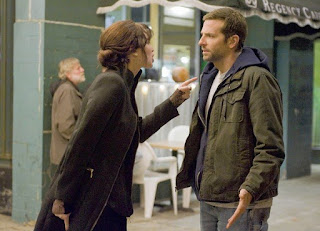 This movie was awesome. Even though there are fairy tale romances that aren't afraid to air on the side of melodramatic and heart-wrenching (see The Notebook, Sleepless in Seattle, Titanic, etc.), this one is refreshingly hard to watch. Patrick and Tiffany are so socially gauche at first that their encounters aren't pretty, including her asking him if he'd like to have sex with her, accusing Patrick in public of sexual harassment, and him writing her off as a crazy slut. But as they see more of each other, their friendship grows and they become more and more protective of each other. The blunt manner in which they point out each others' flaws becomes logical and actually pretty funny. Instead of being mollycoddled into functional human beings, they are baptized by each others' fire and become more and more mentally stable with each day of each others' company. 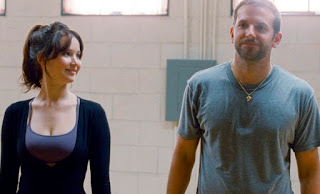 And then they become bfflz.

This also had a great shout-out to the Philly Eagles, the culture that surrounds us here (think of the best white-trashy South Philadelphians you know), and the superstitions of sports. A great parallel story that runs through this movie is Pat's father's (played by Robert De Niro) obsessions with luck. Being a bookie, he relies heavily on the Eagles' winning games, and without any other income, this is a pretty big gamble (as I'm sure all of my Eagles fans will realize). The luck that seems to come as a result of Pat and Tiffany's newfound friendship and love helps steer the story into fairy tale territory and makes the ending of this one either a happy coincidence, or a lesson about how strong love is. 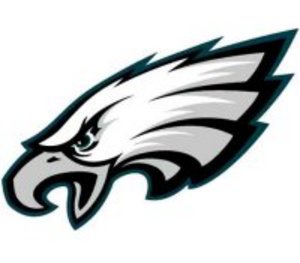 Or maybe how Philadelphians shouldn't lose hope
in the Eagles, I'm not quite sure...

So realistic, yet cute, Silver Linings Playbook really is a believable fairy tale. See it.

8.5 outa 10 stars. Really left the theater on top of the world after this one.

*Ok, just wanted a side rant about movie theater loyalty cards: THEY'RE AWESOME. Any major theater will probably have one. I have a Regal Crown Club card and it's great. About every four movies you get a free popcorn or soda and every so often you get a free movie voucher (excluding all the exciting ones in 3D and new releases of course, but what can ya do?). I also have one for my movie theater at my parents' house, which I think is the same, but I hardly ever go there so the most I've gotten is a free popcorn. Great way to maximize your experience at the movies and it doesn't cost you a dime. How can you say no?
Posted by annie_J at 2:18 PM