Winter's Bone: Icy by Every Definition

So I started watching Winter's Bone because I had heard rave reviews about Jennifer Lawrence in it last year, not realizing of course that she was also the actress that just starred in the hit The Hunger Games. 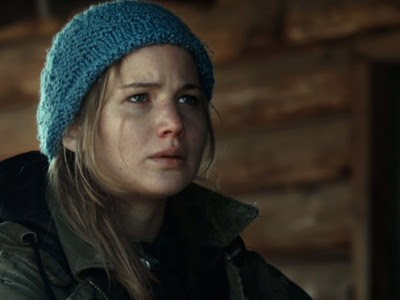 No, Katniss doesn't dye her hair blonde. This is a different movie.
Starting the movie on Netflix not really knowing anything besides that the movie was just the story of a girl looking for her dad, I didn't really have any expectations. But...wow. I was completely blown away by Jennifer Lawrence's performance as Ree Dolly and the raw footage and feel of the cold Ozark Mountains life in the backwoods.

The plot, as I said before, revolves around Ree looking for her father, but let me elaborate a little. Ree is a seventeen-year-old girl living in her family's house in the woods of rural Ozark territory, and caring after her mentally ill mother, and two little siblings, Sonny (who is 12) and Ashlee (who is 8, I think. And also adorable). One day the local sheriff turns up at her house asking if she has seen her daddy, a known meth-cooker in the area. 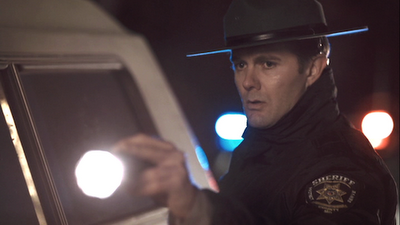 Also, you might recognize him as the dad from Raising Hope
She says she hasn't seen him in weeks and the sheriff then enlightens her to the fact that if they cannot find him, there will be hell to pay. Apparently her father put their house up for bail bond and if he doesn't show up for his court date, they lose their house, leaving Ree and her three dependents to wander the woods in their own property.

With steely resolve, Ree takes it upon herself to find her father. Through dealings with some seriously nasty people, most being her actual relatives, Ree discovers the hard way how the "law" works out in the sticks. 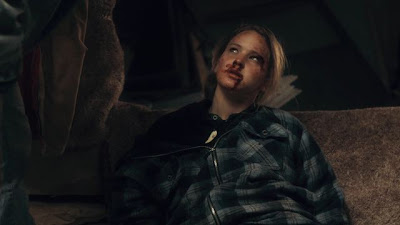 Hint hint.
In a weird way, (seriously weird way, but deal with me here), this movie is very Coal Miner's Daughter meets Boyz N the Hood. There's no sugar coating in this movie. These people are ruled over by themselves, with the law only occasionally stepping in to take charge, and the peoples' law is kept in order with terrifying consequences. In the same niche as territory and unspoken rules go in gang movies, these backwoods people have serious rules about the secrets that they keep, and what the penalties are for going against their ways.

The cinematography in this is absolutely wonderful. I feel like it is extremely hard to find a movie this horrifyingly realistic and yet this raw. You get chapped hands just watching Ree wonder through the woods looking for the next person to give her what could be anything from a threat to actual help. And forget overacting, these people seem like they were plucked out of the mountains by their mannerisms and accents. 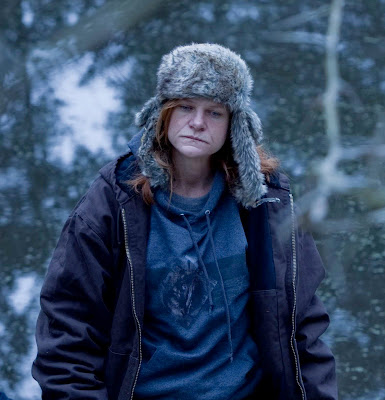 Totally non-ironic wearing of a wolf-decorated sweatshirt.
All around awesome. I highly recommend. And just for the record, I liked Jennifer Lawrence a lot better in this than I did in The Hunger Games.