Modern Movies Just Don't Know When to Shut Up

This isn't really a review of any particular film, but I was just watching Dirty Rotten Scoundrels for the first time and its ending really made me think about how much modern movies contrast those of the 80s and 90s. 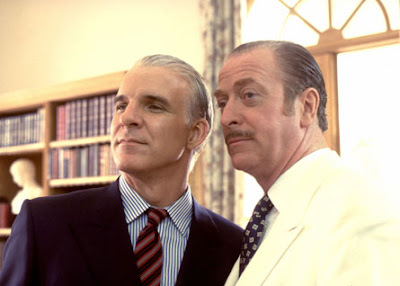 It's also quite possible that I am merely blinded by this dynamic duo in action.
Maybe it's now considered dated or perhaps stupid to not leave a movie open-ended for a sequel, but I miss the good old fashioned closure of a dumb, feel-good movie. I feel like mainstream movies today have sort of fallen to adjusting their endings to make way for sequels, hoping that their audience will follow them into a second, third, and (totally not uncommon anymore) fourth installment of characters that they apparently liked the first go-around.

But what happens with these supposed lucky movies that get to cash in on the franchise of any actor's dreams?

They totally lose their original flavor.

Look at movies-turned-franchises like The Pirates of the Caribbean, X Men, or Indiana Jones. Pirates of the Caribbean started out as a kickass tale of adventure and mystical realism that was simple but effective. Now all that they're relying on are the more and more unpredictable and stupid antics of the character Jack Sparrow (Johnny Depp, as if you all didn't know). And between the three franchises, the plots get so increasingly convoluted with every new film, that the audience is left with nothing to cling to except for the familiarity of the original characters amidst a muddled and usually overambitious plot. 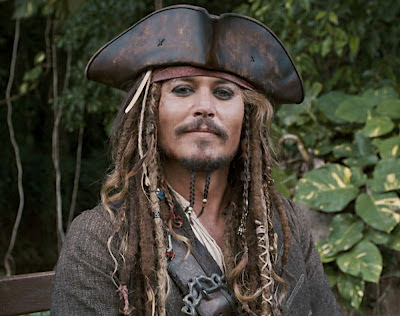 Bet it feels good to be followed blindly by a cult audience, doesn't it?
Similarly, we have been seeing a trend lately with remakes. Like, ok, I understand when you see a movie from the 50s and you think "Man! I love this movie, but we could totally revamp it with modern technology and make it more accessible to modern audiences!" but when I start seeing movies like The Hulk or, even more recently, Spiderman being redone within a decade, you gotta wonder "Um..why?"

Not that superhero movies aren't also a huge deal right now, but why bother remaking a franchise that already had loads and loads of success? That not only ups the ante to make the characters more likable than the last round of actors, but you also have to give it its own distinction completely separate from its predecessor. Not that these aren't good things in general. I mean, jeez, look at the Batman saga before it got revamped last decade. 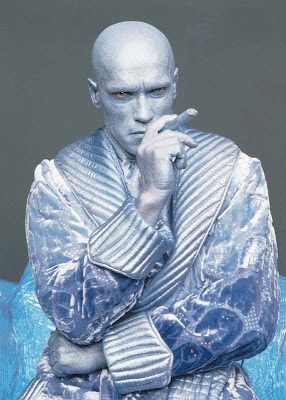 I think puns got temporarily outlawed after the injustice they suffered at the hands of Arnold Schwarzenegger's Mr. Freeze.
But at the same time, it cheapens both movies by allowing them to sort of blur together.

Guess we're gonna have to rely on the gems of the past for a while until they can bring back their A-game, or at least catch up to the indie scene and make films that are actually halfway original. Jeez...

Getting back to Dirty Rotten Scoundrels, though, it really was a sweet film. Michael Caine's favorite movie that he ever performed in, and hilarious scene from Steve Martin as Caine's sidekick posing as his idiot brother, Ruprecht. You can totally tell Caine's trying desperately not to laugh. Skip ahead to 2:00 to watch Steve Martin in action as Ruprecht: