This may very well end up being a one-time thing, but I'm a sucker for stupid movies and it's Sunday so here we are.

Typical that everyone's like "BLADERUNNER IS AWESOME" and I'm silently moonwalking into Geostorm under cover of night. 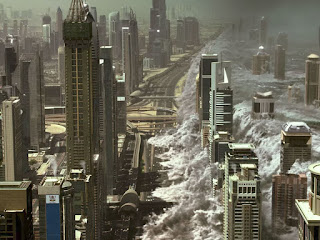 Am I ashamed? A bit.

Geostorm is basically what happens when someone who really loved Armageddon tries to recreate it in our modern reality. To its credit, Geostorm does its best to address both politics and (obviously) climate change in one fell swoop that might've worked with a better writer. But let's dive into plot, shall we?

GEOSTORM (somehow it feels more appropriate in all-caps, doesn't it?) follows two brothers: one, Jake (Gerard Butler), a scientist that has masterminded an entire satellite system to control the weather; the other, Max (Jim Sturgess), his political counterpart. When Max takes over the management of the satellite system via political orders, Jake is understandably pissed, leaving them with some bad blood. But when the satellites start acting up and targeting horrific natural disasters, it's time for the brothers to MAKE AMENDS (cue music swell) and to find the nefarious people responsible for programming the rogue satellites.

I love watching movies like this because they are so clearly churned out to serve the larger public, and so they reflect the kind of story that (the studios think) appeals to most people.

Geostorm, for all its laughable disaster effect shots, is fascinating in how different it is from movies like Armageddon, The Day After Tomorrow, and even more political-minded ones like Independence Day. A key driver of the plot is the fact that the government is responsible for the satellite web, and whether we should trust them with something that affects the entire world. 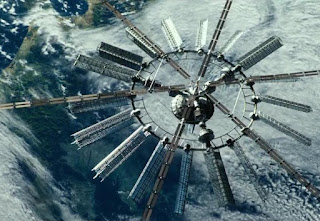 Probably worth it to just keep recycling.

The plot of the movie had more twists than I would've counted on, to be honest. For something as formulaic as a disaster movie, the political plot twists keep it interesting and modern. And the technology/coding aspects serve the plot structure well--I mean, who hasn't had a buggy gadget go rogue?

To match our current distrust of government at large, unease at increasing technologies, and anxiety at global climate change, Geostorm is surprisingly topical.

If you're looking for the thrilling visuals that dominate most disaster movies, you're gonna have a bad time. Geostorm's intrigue lies between both politics and space, and so the visuals that we are so accustomed to in disaster movies are a bit far and few between. There's simply too much going on to give the disasters themselves that equal screen-time.

There's also a lot of old-school tropes that are just super hokey. One of my favorite parts is when we find Jake, years after constructing a giant, global satellite to control the world's weather, living in a trailer in the middle of Florida.

...Like, sure sweetie. I'm sure your salary was peanuts. Glad to see you're still an every-man.

Anyway, GEOSTORM is a fun time if you're bored and looking for something with a little more substance than disaster movie counterparts from the 1990s.