For some reason the association that the movie has with The Conjuring was enough to draw me in for this one. It's hard to find a well-made horror movie these days, and this actually looked intriguing -- especially building off of the character of Annabelle from The Conjuring, which was damn scary. But, after walking out of the theater, it became clear that this was just a regular movie about a possessed doll, and the fact that it was associated with The Conjuring was mere coincidence. $18 later. 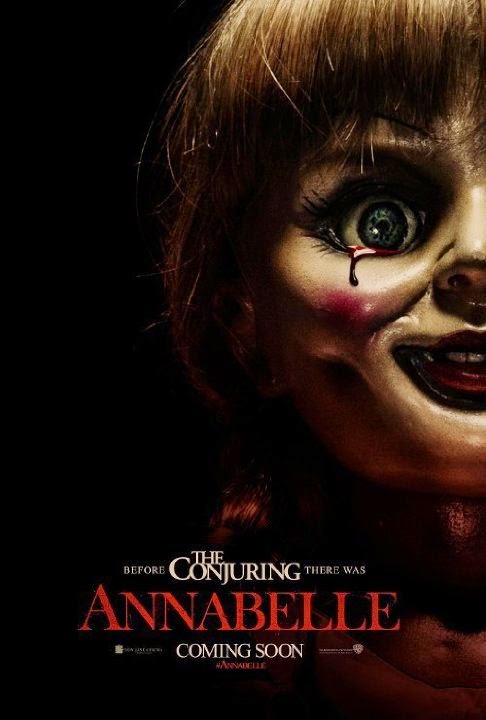 Annabelle begins in the California suburbs with a young couple who are about to have a baby. Mia and John are as happy as can be -- until two cultists come along and murder their neighbors and try to stab Mia in the stomach. In the haze following this hubbub, one of the serial killers shuts herself in their baby's soon-to-be nursery and kills herself while holdling the Annabelle doll. After the couple returns to the house, weird things (of course) start happening. When a minor fire forces Mia into labor, the baby is born and things are looking up when they move to a new home. But the weird things aren't stopping, and they're getting more serious. Can Mia save the life of her baby before it's too late? 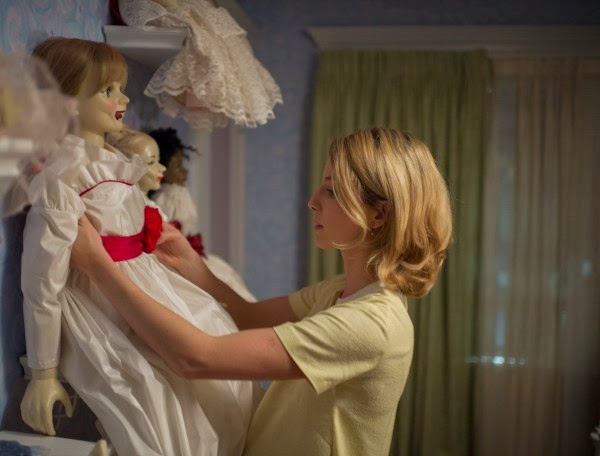 So. Okay. As previously stated, I had high hopes for this one. It's not that Annabelle is bad, it just tends towards other mediocre horror movies more than I would like. For example, things getting really blurry about what/who is actually possessing the doll. Is it the serial killer? Is it a demon? Is the serial killer now a demon? Why does the serial killer keep showing up? Where'd she go? Who's this new demon guy you're showing us? What's going on? As stupid as it seems to pick apart the logistics of a supernatural movie -- come on. Either simplify your plot or make the complicated-ness airtight so that people later can go over it and figure it out, instead of going over it and thinking "wait...what?"

The main characters were also disappointing. While Annabelle Wallis (hilariously, this is the actual name of the actress that plays Mia) holds her own pretty well, her scenes with John read pretty stiff. For a young, married couple in love, they have almost zero chemistry. And John also fulfills that age-old, B-horror movie role of guy-who-thinks-everything-is-fine-and-his-wife's-crazy to an annoying degree.

"Everything is fine, my wife is just hysterical. Let's give her
a tranquilizer. It's the 60s."

(Parenthetically, Annabelle Wallis also looks and talks a LOT like Dianna Agron, and I spent half the film trying to figure out whether it was actually her or not.)

But the film's not ALL bad.

For one, it's interesting to see another horror movie that plays itself out in the past. Set in the 1960s, Annabelle has some amazing sets that really suck you in. I don't know if it's the similarities between Annabelle and Rosemary's Baby but the dilapidated apartment building that they move into seems appropriately creepy. Not bad.

Also, I'd be lying if I said I didn't jump out of my skin a fair amount of times. This isn't the kind of movie that's going to leave you deeply unsettled, but it is successful in delivering a number of jumps and screams. While I'm very much against the fact that they decided to "show the monster demon," I ended up jumping out of my seat (against my will) every time he showed up. However, I do think that they could've picked some scarier effects to their advantage. Like simply having the doll possessed by a serial killer a-la Chucky and leaving the demon bit out of it. Or even something as simple as making the doll itself move a little bit more; isn't that fundamentally what makes Annabelle so creepy in the first place?? 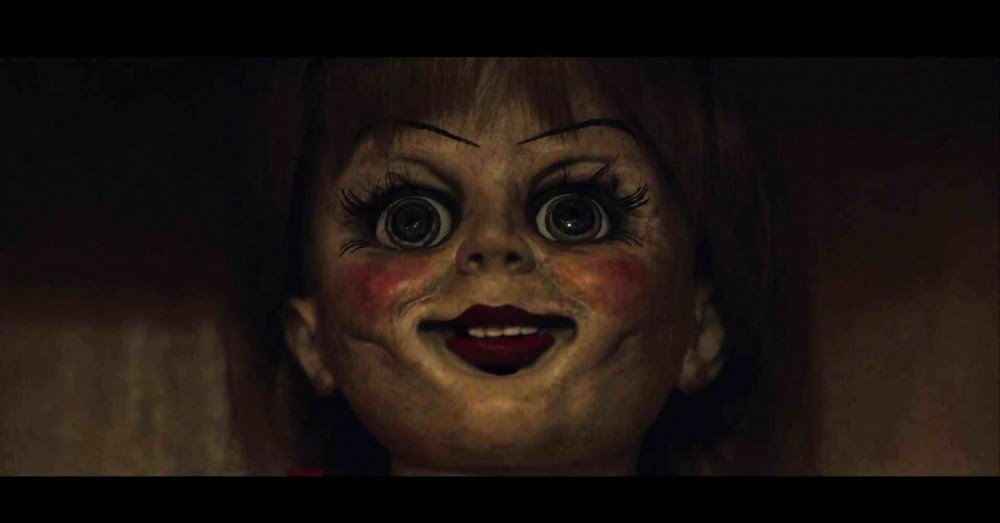 You have this creepy doll!! At least make it move its head or something!!!

5 outa 10. All said, it's not bad. But if you go in expecting a film as polished as The Conjuring, you're going to be disappointed.

(Disclaimer: Most of the scary bits are in this trailer)