Chef: If the Food Doesn't Kill You the Feelings Will

After seeing the trailer for Chef a few months ago, I was struck by the food fact that Jon Favreau was starring in a new flick about food family, job vocations, and the value of your life. 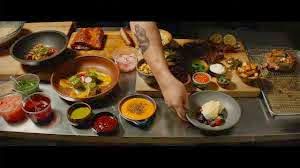 The plot follows Chef Carl Casper, a guy stuck in a thankless position as head chef of a restaurant that refuses to embrace his talent for cooking his own dishes. After a well-known food blogger shames his skills as a cook, Casper finds himself publicly humiliated after a (very) social media war. Taking time to reevaluate his life, he decides to take some time off to spend with his son, and ends up discovering the food truck that reinvigorates his passion for cooking and mends his broken bond with his son. 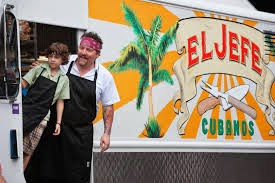 This movie totally caught me off guard. I was walking into a flick that I thought was going to be pretty straightforward (and full of food porn). But there are so many layers to this one that it just ends up being a very delightful film. Jon Favreau's Chef Casper is a tough guy at first, hardened by his stifled creativity and his inability to communicate with his half-estranged son. But watching his fully believable transition from a jerk into a well contented man is just so sweet. And the interactions that he has with his son Percy (played by the FANTASTIC Emjay Anthony) are so realistic that I was muttering an "awww" about every five seconds he was on screen.

Actually, let's give this kid his own paragraph:
I have a serious problem with kids that cannot act. Seriously. Child actors are known movie-ruiners. Because child actors have a tendency to be assholes. They think that they're special because they've been picked to do a movie and they're eating up being the center of attention and sometimes their smugness is so tangible that it posses me off. Contrary to being one of these asshole child actors, Emjay Anthony's Percy is the perfect blend of standoffish boy and emotionally invested, starry-eyed kid. His acting in this was tremendous and I felt it necessary to make mention of the fact that this kid is outside the usual parameters of this-kid-has-a-cute-face-so-let's-pretend-he-can-act-ness. 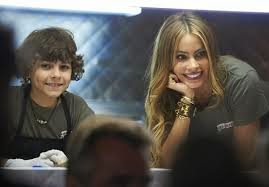 The other thing that I loved about this movie was the commentary that they make about the pros and cons of social media. While Casper is at first about as social media savvy as a three-year-old, he learns quickly that the things that you say publicly have enormous consequences. By the same token, he ends up owing the success of his food truck to this original media outburst and subsequent social media outreach executed by his son, Percy. 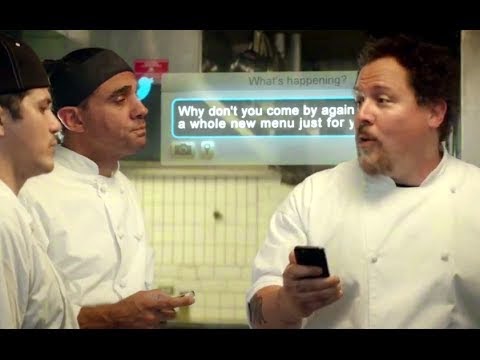 And lastly (but certainly not leastly): tha food. Omg.  Seriously, do not go into this movie hungry. You will regret it for the rest of your life. It would be like going grocery shopping hungry. Times a bajillion. Seriously, the food that they make in this movie is so damn delicious that I had to immediately go out and buy a Cubano sandwich from the nearest diner (that actually happened.). If you have time, make sure that you can buy the ingredients for one so that you can make it yourself as soon as you get home.


Also, side note: there's like a million celebrities that have cameos in this thing. Awesome.