Side Effects: An Unexpected Surprise

When I saw the preview for Side Effects, I was like "Oh great. Another politic-heavy thriller in which someone dies and there's a sex scandal and blah blah blah boooooriiiing." However, after Oscars week (which I actually watched this year, thankyouverymuch) I was feeling particularly artsy fartsy and decided to give this on a whirl. (It was between Side Effects and the decidedly less moody Hansel and Gretel, so I had to be a snob and pick the less action-y one.)

So roomie and I arrived armed with Wawa candy and a free small popcorn (loyalty cards, guys, I'm telling you!), ready to settle into a cinematic drammer. Only here's the thing: this was no simple cut-and-dry boring drama. This movie is a humongous mystery that will mess with you throughout its entirety. Here's our plot:

Martin (Charming Tatum) and Emily (Rooney Mara) are a couple in dire straits. Though they had years of luxury living, Martin has just gotten out of jail after serving four years for insider trading. Emily visited him every visitor's day and held their lives together by working at a publishing firm. As a result of her diminished income, they had to move from the lush WASPy Connecticut home that they previously owned, into a one-bedroom apartment in the city. Emily is having issues adjusting to this. Not long after she and her husband are reunited, Emily makes an attempt on her life by driving her car into a wall. At the hospital she sees a psychiatrist Dr. Banks (Jude Law) who recommends her seeing him a few times a week so he can treat her for depression. 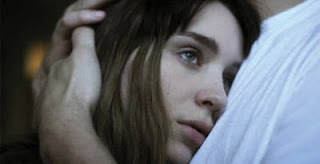 Here's where it gets interesting.

Dr. Banks prescribes her a number of different medications used for treating depression, all to no avail. At the recommendation of Emily's previous psychiatrist (Catherine Zeta-Jones), she starts a pill called Ablixa. While everything seems to be working out fantastically with this new pill, a minor side effect is that Emily has stints of sleepwalking. Outweighing the risks, Emily and Martin decide to keep her on it. All seems to be going fine...until Emily stabs her husband to death while sleepwalking.

The repercussions of the court trial have an enormous effect on Dr. Banks's career. Because of this, he sinks into an obsession with the case, and little by little uncovers the mystery that surrounds Martin's death, which may be a little more complicated than it seems. 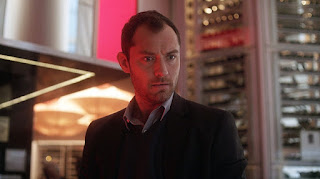 So wow, a really incredible movie that actually surprised me. I walked in expecting a moody drama and I ended up walking out saying "Wow...wow." (And I usually hate Jude Law.) The intrigue is fascinating as the politics of using medications for depression are examined, as are the repercussions for a psychiatric doctor facing a murder trial for one of his patient's medicated actions, and the law in cases such as this. The movie is set up as a giant puzzle, which they move through bit by bit as the picture becomes more and more clear as to what really happened.

I'm a little hesitant to write any more about the plot because I think everyone should just go and see it and find out what an awesome mystery it is. It isn't heavy and dramatic like a French drama, I swear! And the payoff at the end will have you saying: 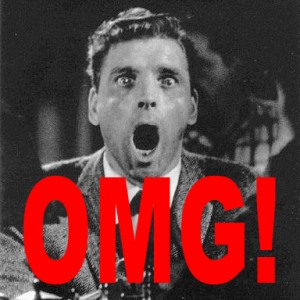 The camera work in this was really interesting as well. The bulk of the close-ups begin in a soft focus and then sharpen to hone in on the characters' facial expressions, bringing to mind the fogginess of depression and also of facts becoming clear. Also the clean, modern apartments and the modern architecture of the film give it an edge that seems to harken to movies like The Bourne Identity. Keeps it really clean. And really almost clinical, come to think of it.

8.5 outa 10. I really loved this movie; never have I been so surprised.

Also, don't be fooled by Channing Tatum being all up in the trailer. He's only in about a quarter of the movie.