Butter: Not Just For Eating

What do we do when we cannot sleep a wink? We write apparently!

So a day or two ago I decided to start watching this movie Butter on Netflix, because I saw a preview for it a few times in theaters and it looked kind of interesting. In what seemed to happen with other movies that were supposed to be funny but apparently weren't (like Extract and that one with Bradley Cooper and Dax Shepard? Hit and Run? Never ended up hearing anything about that one either...), things just got a little off track. But first, let us delve into the plot, eh?

So, the story of this film revolves first around Bob (Ty Burrell) and Laura Pickler (Jennifer Garner), the reigning family of butter sculpture in Iowa. When the chairman of the butter sculpture judging panel asks Bob to politely step down to give other contestants a try, he is earnestly willing to do so. But his wife has something else on her mind. Instead of letting Bob step down, she decides to take his place. Running alongside her in this contest is a little girl named Destiny (Yara Shahidi).

Destiny is only ten but has lived in a number of foster homes, to get stuck with a family that really ends up loving her. Also the girl's got some serious skills in sculpting butter. Having now a formidable opponent to beat, Laura Pickler tries as hard as she can to win this worthless title back for her family but comes dangerously close several times to flat out killing the ambitions of a 10-year-old little girl. Between all of the drama between Laura and Destiny there is also a hooker trying to get $600 back from Laura's husband, Bob's daughter from his first marriage, and Destiny's awesome parents.

So good Lord, there is a lot going on in this movie (which I think might've led to its downfall but I'll get back to that later..). Laura Pickler is perfect as a Sarah Palin-esque, conservative white-bred American with no clue how to fix anything but by going back to outdated values. Destiny is also a great character for all her realism and growth. Also loved the characters of Bob and Brooke. The character acting in this is probably what made it so watchable. 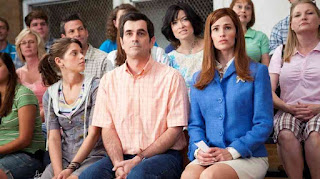 That being said, I think that the actors got a little carried away and that the script maybe wasn't as streamlined as it could've been. What starts out as a comical race to the finish for a contest that is a joke, tries to turn itself into believing in yourself, never giving up on your dreams, and zzz.... Essentially all of the posters that were hanging in your second grade classroom. I feel like it started off as a really good idea but then didn't really have anywhere to go. While Butter is an interesting film about the battles that we choose to fight, the effects of little things like this in small towns, and also perhaps how boring the MidWest is, it gets too caught up in personal message and then has nowhere to go. 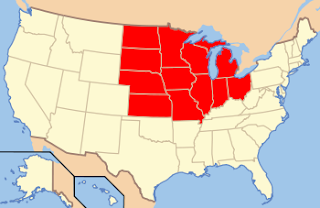 Seriously, not trying to be mean, but the entire upper left quarter of
this region are states I never bothered learning.

Good beginning, adequate middle, and disappointing ending, Butter wasn't bad, but I like the kind I put on my toast better.