Ocean's 8: The Problem with All-Female Casts

HA! Roped you in, didn't I? I bet you were all like "OMG SHE HATES FEMALE CASTS! FAKE NEWS! CLICK BAIT!" Well, I suppose you were sort of right about that last one...but I digress (as usual).

Let me be first to say I am 100% in favor of women-centered movies and casts. Look at masterpieces like Clueless, Bridesmaids, and Girl's Trip. Women's movies don't have to be all kumbaya to be relatable. They can be hilarious, they can be cool, they can be dramatic -- they can be all the things that every other kind of movie can be. But you know what they can't be? Inauthentic.

If you had to give me one word to describe a lot of the recent attempts at all-female cast movies it would be that word: inauthentic.

Honestly, I haven't seen a movie as bad as Ocean's 8 in a really long time. And I'm the girl who sat through Oliver Stone's 1981 horror The Hand (yes, that was terrible too, but far more entertaining). 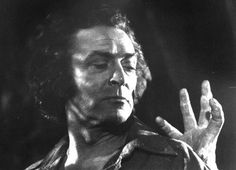 Michael Caine plays a cartoonist haunted by his amputated, murderous hand.
Yes, this is the same director that did Wall Street.

To be fair, female relationships are really hard to capture on film in general. Women are weird. We're raised in a society that praises us for being pretty, teaches us to be suspicious of other women, and has a history of pitting us against each other. Manipulation has a tendency to run rampant in inauthentic female friendships. If you don't trust a girl, you can be nice to her face but you won't be her friend -- and most girls can almost always tell the different between being nice and being friends. Maybe that's why girl friendships are so damn special -- and why movies that are supposed to be about us always end up being so fucking shitty.

Ocean's 8 makes a lot of mistakes with its...well, existence, if I'm being frank.

First of all, there's no reason to add to the Ocean saga, so like let's not.


ALSO HOW COULD YOU KILL DANNY??
(I bet he died in a really cool way though...
like Thelma and Louise style with Brad Pitt...)

Second of all, it seems blatantly obvious that they made Ocean's 11, took out like 95% of the emotion driving the heist, made the guys into girls, and tried to swap "cool" for "glam." Or something.

Whatever kind of cool they try to make these women, though...it does not play. Guys may earn the respect of other guys by being cool, but I can't think of many girls I know who respond to "cool." Girls respond to respect. Think about what works so well in Bridesmaids: they attack the pettiness factor dead-on, they're honest about it, and in the end everyone ends up being friends because they respect each other.

Ocean's 8, Ghostbusters, and many other attempts at these female-driven, nonsensical reincarnations completely disregard depth for the chance to "change it up." The plot becomes irrelevant because the fans of the prior version are going to drive to the theater anyway. And the egregious error in disregarding characters and storyline in these movies is that they become painfully boring. I really don't give a shit whose jewels they are -- none of these characters have me believing that they're real because they put out zero emotion for the entire duration of the film. Oh they stole them? Oh cool, I have more emotional involvement in the fact that I ran out of popcorn.


Ya, it's prob made out of fucking rock candy, who cares.

While Bullock emulates Clooney as best as she can, the context doesn't work. Being betrayed by a former lover that she doesn't even really seem to have liked that much anyway doesn't give us a lot of emotional investment. Worse, it turns her heist into a classic "woman scorned" trope that seriously does no one any favors. And we don't even really get the impression that she's smart -- she had been pulling off a handful of deals at a community bingo over in Jersey, we learn at one point. Seriously? What is this, amateur hour? She goes from knocking over bingo to stealing jewelry at the MET GALA? I don't buy it.

Actually, I kind of had a hard time believing that any of these women were smart. Instead of getting insights into their backgrounds and them being people that the two mains know already, each basically gets accepted into the fold regardless. We don't learn hardly anything about them.

3 outa 10. Seriously, so disappointed by this film, even though I didn't really have high hopes. But not even entertaining in a stupid kind of way. Just mundane. Hollywood needs to do better for these ladies.