Why is Every Movie a Thousand Hours Long?

I've been noticing an increasing trend in Hollywood to make every movie a million years long.

What's up with that.

Seriously, most movies before this millennium clock in at a reasonable time. An hour and a half, two hours tops. Storylines were concise, characters were maybe a bit more simple, but endings were firmly closed and didn't remain ambiguous in hopes of spurring a franchise. I feel like we're wandering away from that beautiful world of short-but-good movies.

Full disclosure: I don't write about every single movie that I see. Despite the serious lack of posts in November, I actually went and saw about three movies. Granted, sometimes I am too busy being an adult to take the time to write a review, but sometimes I opt out of writing reviews if I think my opinion has been skewed for some reason. Example: I did not write about the second Hobbit film because I fell asleep for a few minutes in the middle and struggled through the ending with a bouncing foot and an impatience to go home. 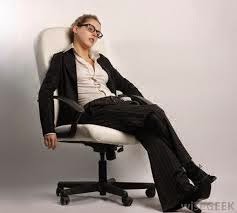 And I've been having this issue a lot more often lately. Like, okay, that's enough, time to end your tale, let's wrap it up now please.

It's not that I have a short attention span. Honestly, I'm a huge fan of long movies that are actually good. Gone With the Wind is nearly 4 hours long -- but Vivienne Leigh as Scarlet O'Hara is captivating. The Fellowship of the Ring is about 3 hours long -- but isn't bulked up with things that happen in The Silmarillion. And sure, there are tons of great movies that are longer than two and a half hours.

But can we stop acting like every movie is going to be the next groundbreaking piece of cinematic art?

Maybe directors are getting self-important to the point that they think every film they make is going to be of 7-hour-long Lawrence of Arabia quality or something. Maybe they think that a top quality movie HAS to be long in order to be as in depth as it needs to be. Or maybe we're so caught up in the minutiae of "authenticity" that we spend more time on subplot and characterization than is really necessary.

Take Interstellar. That was a very intriguing film that was very well put together and different. But they add an entire subplot that didn't have to be there in the first place and, as a result, the ending gets short-changed because you're like "Okay, let's wrap this up, McConaughey." Now, I'm sure that the director/writer had a reason for keeping the subplot in there (maybe it gives us a better look at human isolation or something), but honestly, by cutting that out, the movie would end at a much more comfortable pace.

The Hobbit franchise, as well, is getting into hot water for just being too damn long. Who wants to go to the theater to sit a through a mediocre movie that ends up being nothing like the original book it was based on? While I was happy enough sitting through the first film, they become so beefed up that the whole point of Bilbo's journey gets lost in the attempt to tie it to the Lord of the Rings story. In the interest of streamlining the story and keeping it a little more loyal to the book, they could've kept it as one film (or, dare I say it, even two) and probably would've done much better at the box office. 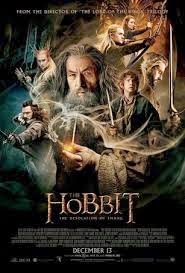 The Hobbit: The Desolation of Pretty Much Every Geek Ever

Now, maybe I'm biased. I'm prone to migraines and 2.75+ hours staring at a giant screen in the dark is asking for trouble. In fact, the reason I didn't write about Interstellar was because for the last half hour of the movie I was having trouble caring about Matthew McConaughey's character through my brain pain and nausea. But medical reasons aside, I really don't think that most movies have to be that long.

I guess that's what I'm getting at. No movie has to be super long. If you're going to make a movie long, it should be because each scene is indespensible to the plot, to the characterization, or to main message of the story. Or because you're following an original work and want to remain faithful to it. Those should be the only two reasons that you have an ungodly long film. Otherwise, all you're doing is dragging your audience through an afternoon and making it that much less likely that they'll come back to the theater at all.

I'm a huge movie fan (obviously) but life is too short to be spent staring at a mediocre film for more than two hours.
Posted by annie_J at 2:36 PM

Email ThisBlogThis!Share to TwitterShare to FacebookShare to Pinterest
Labels: Avatar, Desolation of Smaug, Interstellar, long movies, movies are too damn long, Pearl Harbor, Silmarillion, The Lord of the Rings