The Grand Budapest Hotel: The Latest from Wes Anderson

Oh, Wes Anderson. So many feelings and opinions. But we'll get to that. First let's lay out the plot of this one.

The film is an interesting sort of story-within-a-story. It's told by an author who wrote the book The Grand Budapest Hotel and within the first few minutes, he informs us that the story is actually taken from a true tale that was related to him by the old man that owned the actual Grand Budapest Hotel in the 1930's. The ensuing plot is the story of Zero, a refugee, who begins working at the hotel as a teenager under the tutelage of M. Gustave (played by the impeccable Ralph Fiennes). After one of M. Gustave's favorite patrons/lovers is murdered, he is the prime suspect. And while the question of the old woman's estate is left hanging in the air, her despicable relatives try to bump off the competition one by one. It is then up to Zero, his beloved fiancee Agatha, and M. Gustave himself to clear his name and win the estate that is rightfully his. 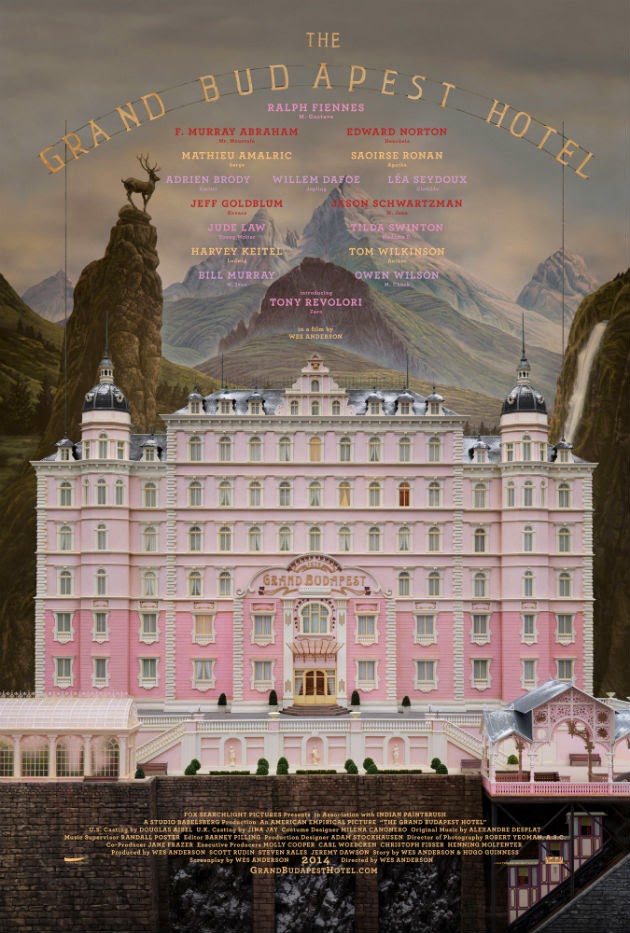 I really did love this one. Wes Anderson is a bit hit-or-miss for me usually, but there's no mistaking his beautiful retro-colorful style, and in this one it really sings more than any of his other films that I've seen. The Art Deco age seems perfectly tailored to his meticulous eye for detail. The plot of the movie, too, is set up to be a sort of hilarious whodunit, and if you're an Agatha Christie fan like me, there's nothing like the 1930s for a good murder mystery. 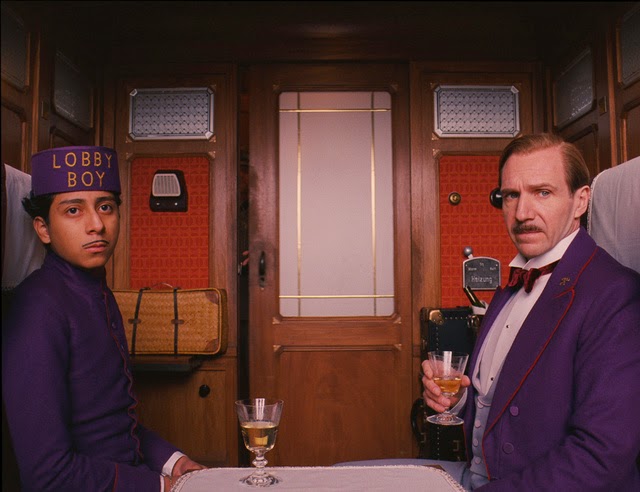 A+ dynamic duo right there.


Still, there's something a little heartbreaking about all of Wes Anderson's movies.

Here's the thing: Wes Anderson's style falls into the "Distinctive Directors" category. When you're watching a Wes Anderson movie, it's obvious that you're watching a Wes Anderson movie. Kind of like when you're watching a Baz Luhrmann or a Stanley Kubrick or a Hitchcock or a Woody Allen. Ya just know, y'know? And for that reason, I really appreciate Anderson's style as a film auteur. He's an artist, and his movies are beautiful. But I find them so jarring sometimes. For someone so obsessed with having bright colors, distinctive characters (even in the small roles!), and plots that are extremely romanticized, there's always a little bit of heartbreaking sadness to his movies that kind of leaves you a little confused about the nature of what you've watched.

In the same way that you don't open a colorful children's book and expect to find death and realism, Anderson's movies always strike me in the same way. I always go in expecting laughs and great characters and great stories, but then he'll do something (as he does in all of his films) like kill off a beloved character, and I'm completely thrown off.

For some reason, though, that technique serves this movie well. Set against the backdrop of a pseudo-Nazi party's rise to power, it sort of makes sense to mix the painful and the beautiful and the funny all up together.

Very well-crafted. And I'm not usually an Anderson fan, but I'm going to give this one 9 outa 10.