Had the fortune to see the latest celebrity biopic, one so named Hitchcock in a (somewhat rare) double feature opportunity. The Philadelphia Film Society was offering a screening of Hitchcock followed by a screening of Psycho, the movie whose making Hitchcock loosely follows. They were like "Hey, ya wanna see this?" and I was like "Psh, yeah." 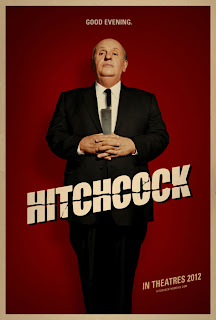 So. Plot. What was the plot of Hitchcock? Basically, it follows what occurred before, during, and after the filming of Psycho, a revolution in the horror genre of the 60's. This includes, but is not limited to, problems in production funding, problems in Hitchcock's marriage, problems with the story, problems with the actors, and just general problems.

I have a confession to make: I didn't love this movie.

For one thing, I have discovered that I may be too much of a nerd to take the dramatized flavor of celebrity biopics (unless they're, y'know, political, in which case I need all the drama I can get). When it came to this film, I walked away wondering how much was improvised, how accurate the acting was, and a thousand other things that could've been more easily answered by a cut-and-dry documentary. 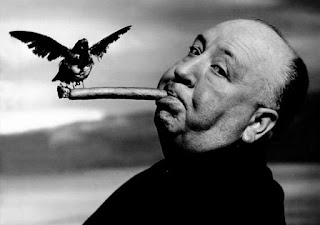 What bugged me about this movie was that I walked out of the movie theatre with about as much information about Alfred Hitchcock as I had had upon walking in. Obviously he was disturbed a little, look at his repertoire. No news there, movie buffs. Psycho is about a murderer who is obsessed with his mother. Marnie is about the effects of childhood trauma. Rope is about two boys that murder their friend and have a dinner party on top of his body, which is stored in a chest. How could this director not have a few dark thoughts? 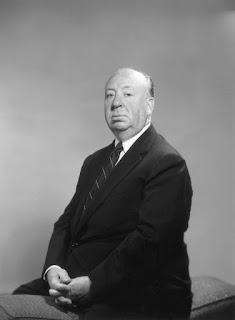 Don't let his belly fool you, he is not jolly like Santa.

The things that were cool about Hitchcock, though, were the things I learned about the problems in production and how much of an ace his wife, Alma, was. Though the movie claims through its title that it is about the great director Alfred Hitchcock, it is just as equally about his wife. Helping Alfred throughout the production of Psycho from mortgaging their home for the funds with which to make it, proofreading the script, and helping him with the structure of the plot, she really is one of the huge players that made Psycho the tremendous success that it was. 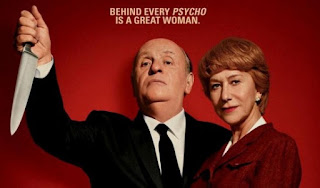 A poster I wish I'd seen more of

The one thing that I liked about this was the personalities of both Hitchcock and Alma. Their sense of humor makes the whole movie worth watching (in addition to the beautiful colors of 1960). Between their witty repartees and their laughing at the truly grotesque, they do add a little bite of humor to the otherwise semi-dreary subjects of their shaky marriage and production woes.

I dunno, the whole film left a bit of an incomplete taste in my mouth. Very cool, but not horribly educational if you are looking to learn about the director himself. The movie offers you a scope of Hitchcock's life, the progress of his film, and the life of his wife.

Interesting, but I'd rather nerd out with a documentary.